Nexon EV will share exterior styling with upcoming Nexon facelift; both to launch next year. 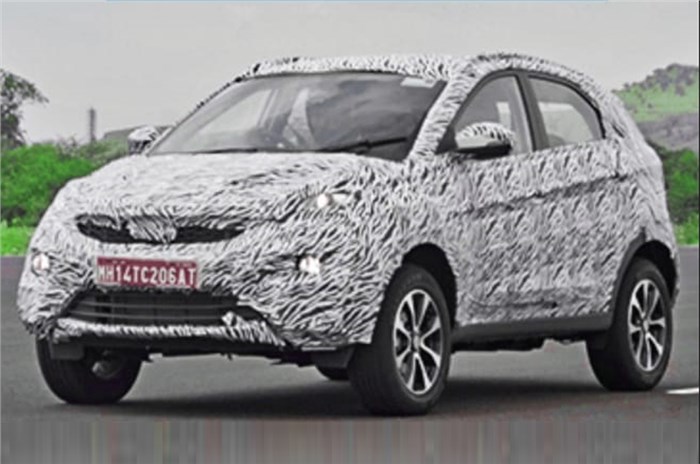 Tata Motors is all set to unveil its first electric SUV, which is based on the Nexon, most likely on December 16, 2019. The company has been dropping multiple teasers and sharing details on the Nexon EV for quite a while now, with the electric SUV seen being driven on various terrains and cross-country routes.

A key point to note from the teasers is that the model shown is based on the pre-facelift Nexon. However, sources tell us that the production-spec Nexon EV that will be unveiled next month will be based on Nexon facelift, and not the pre-facelift car shown in the teaser videos. The refreshed Nexon has also been spotted multiple times being tested on Indian roads.

The Nexon facelift features a new bonnet and front bumper design. Reprofiled fog lamp clusters, a slimmer grille that’s more like the Harrier’s and new headlight units with DRLs are some of the other visible elements that help to differentiate between the re-facelift and the facelift model. Aesthetics aside, the revisions will make sure that the compact SUV complies with latest pedestrian protection norms that come into effect in October 2020.

While the Nexon facelift’s silhouette is expected to be more or less identical to that of the current model on sale, new alloy wheel designs and slightly tweaked rear styling are almost a certainty.

The Nexon EV will launch in India sometime between January and March next year, as announced earlier, and will feature the brand's Ziptron EV technology that was unveiled recently. The electric SUV is expected to have a range of around 300km and will be priced somewhere between Rs 15-17 lakh.  The Nexon EV's Ziptron technology will also be featured in the Altroz EV and the updated Tigor EV in the future. As for the competition, the Nexon EV’s main rival will be all-electric Mahindra XUV300 that’s expected to arrive by mid-2020.

The conventionally-fuelled Nexon facelift will also debut in the first quarter of next year, though it is not clear if prices for the EV and the standard model will be revealed at the same time. The refreshed compact SUV is expected share exterior and interior bits with the Nexon EV. Under the hood, the Nexon facelift will get BS6-compliant versions of the current 1.2-litre turbo-petrol and 1.5-litre turbo-diesel engines, and the same 6-speed manual and 6-speed AMT gearbox options.

Key rivals to the Tata Nexon facelift will include the Mahindra XUV300, Ford EcoSport, Maruti Vitara Suzuki Vitara Brezza and the Hyundai Venue.

Venue vs XUV300 vs Nexon vs EcoSport