Market launch and price announcement for the Nexon EV will take place next year. 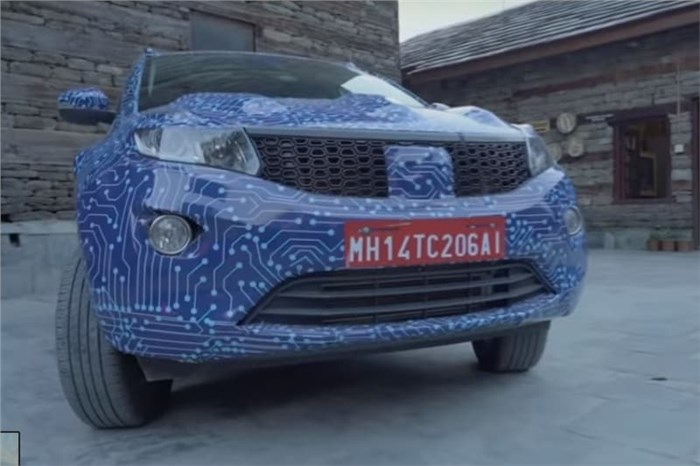 Tata Motors will most likely take the wraps off its first electric SUV based on the Nexon on December 16, 2019. The Nexon EV will see a market launch in India sometime between January and March next year as announced earlier.

The Nexon EV will feature the brand's Ziptron EV technology that was unveiled recently.  The electric SUV is expected to have a range of around 300km and will be priced somewhere between Rs 15-17 lakh.

The company has earlier revealed that the Nexon EV's Ziptron powertrain has been readied keeping the Indian driving and climatic conditions in mind and will provide adequate range and performance for Indian buyers.  The Nexon EV's battery pack comprises lithium-ion cells and features liquid cooling to maintain the ideal operating temperature. The company has further said that the SUVs battery pack comes encased in a high-strength steel casing and boasts an IP67 rating – among the highest standards for waterproofing and dust protection.  Additionally, Tata Motors will offer a standard 8-year warranty on the battery pack and motor.

The company, as part of its marketing initiatives – dubbed #TheUltimateElectricDrive – has driven the Nexon EV from Manali to Leh through some of the toughest terrain to prove its performance and durability despite limited charging infrastructure and under extreme weather conditions.

The Nexon EV's Ziptron technology will also be featured in the Altroz EV and the updated Tigor EV in future. As for the competition, the Nexon EV’s main rival will be all-electric Mahindra XUV300, which is slated to launch by mid-2020.

Tata motors is also road-testing a heavily updated version of the Nexon which will also see a market launch sometime next year.