Tata Motors celebrated the achievement with a new campaign to thank its existing customers. 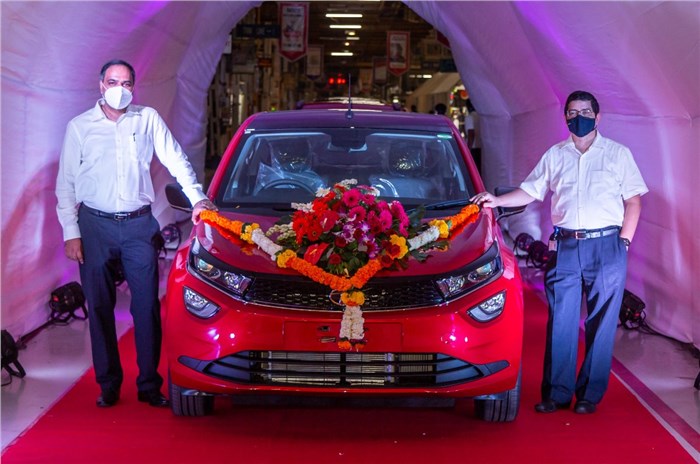 Tata Motors has just achieved a major production milestone as it has crossed the four million mark. The occasion was marked with a flag-off of its current flagship SUV – the Harrier – at its Pune manufacturing facility.

In order to celebrate this achievement, Tata has also started a new campaign, called #WeLoveYou4Million, to thank all its customers.

The Indian carmaker launched its first passenger vehicle – the Sierra – back in 1991 (29 years ago) and has since gone on to introduce brand-defining models such as the Indica, Sumo, Safari and Nano, to name a few.

At present, Tata Motors has five internal combustion engine models in its range, which include the Tiago, Tigor, Nexon, Harrier and the Altroz. The Indian carmaker also has an all-electric SUV – the Nexon EV; this also makes Tata the largest EV manufacturer in India, with 67 percent market share.

For some time now, Tata has been readying the 7-seat version of the Harrier – called the Gravitas – its flagship SUV in our market. Besides this, the carmaker is also working on the Altroz EV – an all-electric version of the its premium hatchback – and a micro-SUV that was previewed by the HBX concept at the 2020 Auto Expo. The production-spec HBX is slated to launch in FY2021 and it will be positioned below the Nexon in Tata’s line-up.