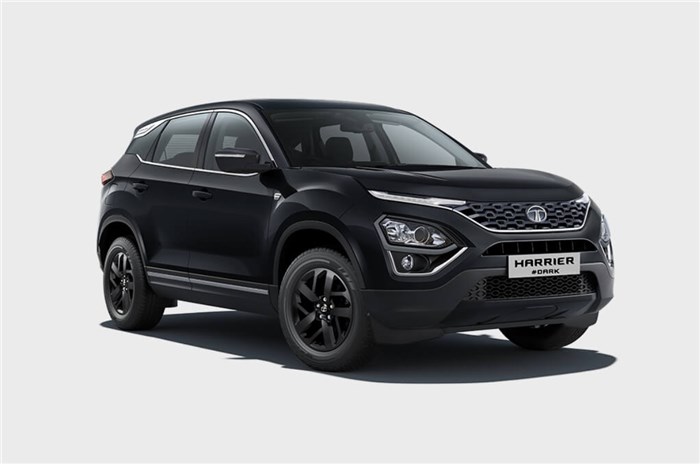 The Tata Harrier Dark Edition’s interior too is all-black, with black leatherette seats and door trim, and a ‘Blackstone Matrix’ trim on the dash instead of the standard faux wood inserts.

Equipment levels for the Dark Editions remain the same as for the standard Harrier XT and XT+ variants. The XT gets auto climate control, an 8-way adjustable driver’s seat, rear-view camera, projector headlights, a 7.0-inch touchscreen infotainment system and a 6-speaker audio system, to name a few. The XT+, meanwhile, adds a large panoramic sunroof for an additional Rs 80,000.

Like the higher-spec XZ models, the price difference between the standard and Dark Edition Harrier XT and XT+ variants is only Rs 10,000.

Along with the introduction of the new Dark Edition variants, Tata has also hiked the price of the recently-launched standard Harrier XT+ by Rs 21,000, so it now costs Rs 17.20 lakh.

More Tata Dark Editions could be on the way

In what will be heartening news for those wanting a similarly stealthy look for some of Tata’s more affordable models, Tata Motors has also filed trademarks for ‘Dark’ and ‘Camo’ editions of the Tiago, Altroz, Tigor, Nexon and the upcoming 7-seat Gravitas SUV.