The ‘Imaginator’ section previews how every variant of the Harrier looks and even lets one add exterior and interior accessories. 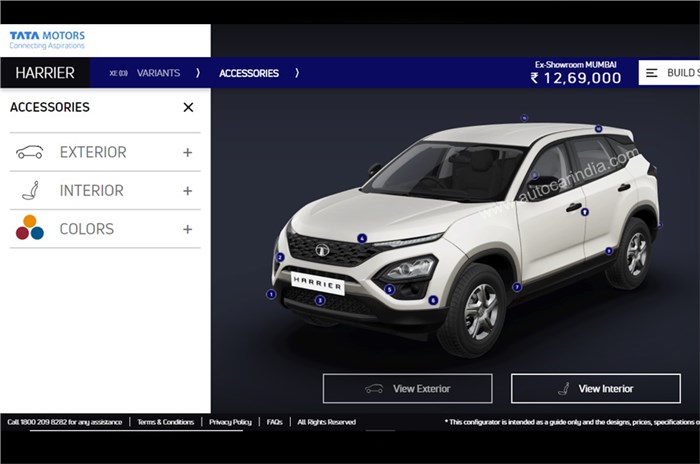 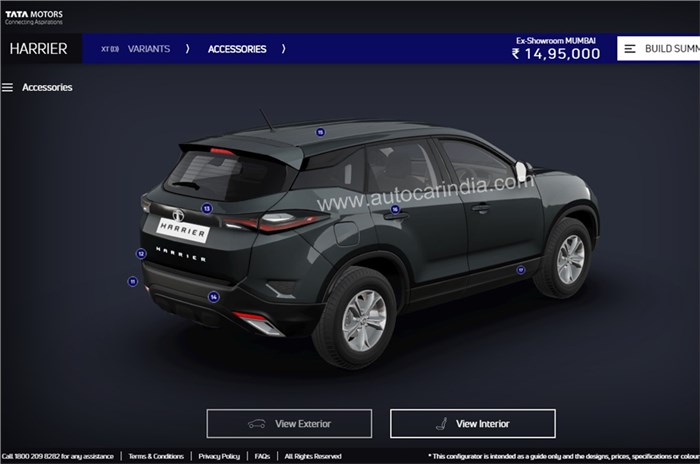 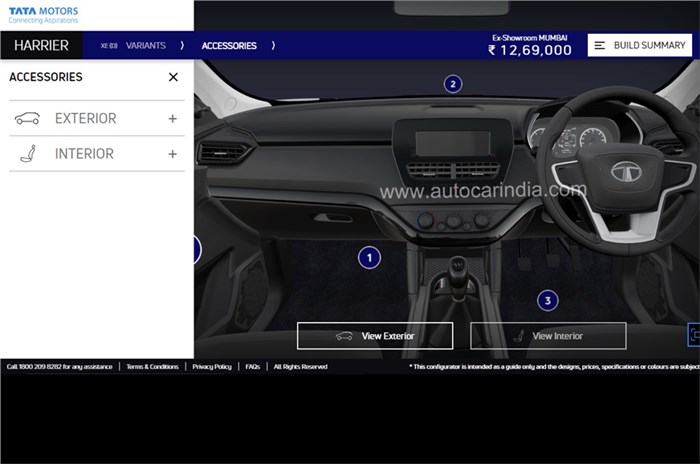 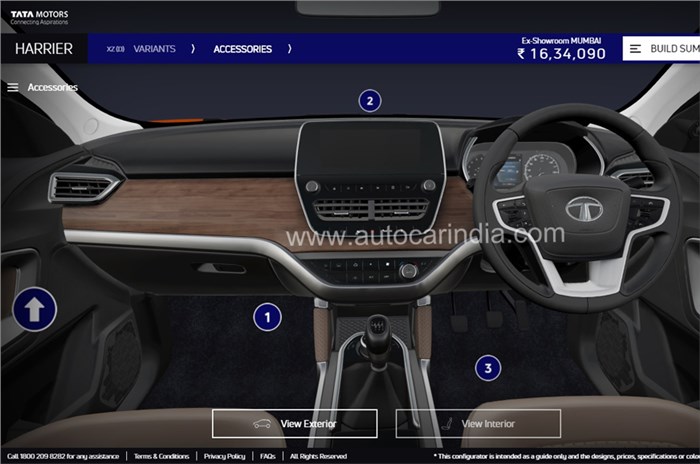 Over the last two months, you’ve seen plenty of the Tata Harrier. You’ve read the review, watched the video review and have even been surprised by the competitive pricing – but so far, most have only seen Tata’s highly-anticipated SUV in range-topping XZ trim, replete with neat-looking chrome detailing, 17-inch alloys, leather seats and the 8.8-inch touchscreen infotainment system. Potential buyers are probably still waiting to see what the lower-spec variants of the Harrier – which miss out on a number of features – look like; and now they can do just that, thanks to the online configurator that has just gone live on the Tata Harrier micro-site.

Titled ‘Imaginator’, the online configurator for the Harrier lets one pick from the four variants the SUV is available in – XE, XM, XT and XZ – and previews what it looks like in each trim. For example, you can check out the bare-basic Harrier XE (Rs 12.69 lakh) for the first time, which can only be had in Orcus White, and gets wheel covers instead of the Harrier XZ’s 17-inch alloys. It also gets a pretty basic single-tone interior that misses out on a touchscreen infotainment system.

The configurator also showcases what the Harrier looks like sporting some of the official accessories on offer. The accessories list includes a wide variety of chrome embellishments, roof rails, side steps, mood lighting and interior mats. That said, it’s best to avoid ticking too many options, because doing that can add close to Rs 1 lakh to the Harrier’s ex-showroom price – and that does not include labour and installation charges. Customers can save the configuration of their choice and even book it online – but anyone placing a booking now will have to wait a bit, because the Harrier already has a waiting period of three months.

For those who need a quick recap, the Harrier is based on Tata’s Omega Arc platform, derived from Land Rover’s D8 architecture that underpins the Discovery Sport. Its official fuel efficiency figure is higher than the Mahindra XUV500’s (but lower than that of the Jeep Compass and Hyundai Creta), and it is available in five exterior paint options - Calisto Copper, Thermisto Gold, Ariel Silver, Telesto Grey and Orcus White.

Which variant of the Tata Harrier do you think makes the most sense? Let us know in the comments.