In addition to introducing the turbo-petrol powertrain, Tata has also bumped up the prices of the rest of the Altroz range. 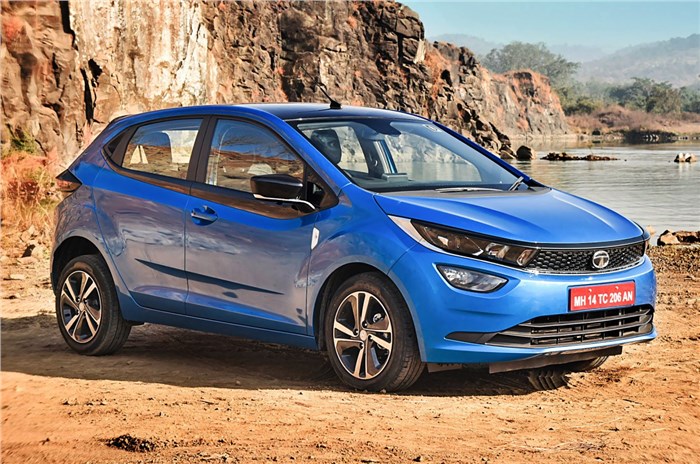 The Tata Altroz iTurbo has launched in India, with prices ranging between Rs 7.74-8.86 lakh (introductory, ex-showroom, Delhi). Tata offers the Altroz iTurbo in three variants – XT, XZ and the new top-spec XZ+ variant. Moreover, the automaker has also expanded the naturally-aspirated petrol and turbo-diesel line-ups of the Altroz with the XZ+ trim level which is Rs 40,000-45,000 more expensive than the previous range topping XZ(O) variant. Tata has announced that the prices of the iTurbo range, as well as all the XZ+ variants, are introductory.

​In line with its recent announcement of a price hike across its complete portfolio starting from January 22, 2021, Tata has also upped the prices of the petrol and diesel Altroz by Rs 5,000-25,000, depending on the variant.

While the standard petrol and diesel Altroz are now available in a total of seven and six variants, respectively – not including the optional packages like Rhythm, Style, Luxe and Urban– the turbo-petrol version is just available in the three higher trims.

Prices for the Altroz iTurbo start Rs 2.04 lakh higher than the equivalent naturally aspirated petrol variant, and end Rs 60,000 higher. Along with the additional 24hp and 27Nm of torque, and a new Sport drive mode for the engine, Altroz iTurbo variants are also equipped slightly differently.

The Altroz iTurbo XT misses out on the larger 16-inch steel wheels available on the standard XT variant and makes do with 14-inch units. The iTurbo XZ gets a contrast roof as standard (the standard XZ gets it as an optional extra), and the XZ and XZ+ get an eight-speaker Harman audio system, which is a step-up from the 6-speaker set-up in the standard XZ and XZ+ trims.

As we had reported at the unveiling of the iTurbo, Tata has introduced a the new range-topping XZ+ variant to the premium hatchback’s line-up, adding its iRA connected car tech, leatherette seat covers, rear fog lamps and an express cool function for the climate control system to the Altroz’s long list of equipment.

The Volkswagen Polo, which comes with VW’s award-winning 110hp 1.0-litre TSI unit, is priced at Rs 8.34 lakh in manual form. Meanwhile, the 120hp i20 turbo, which is available with a 6-speed iMT (Hyundai’s ‘clutchless manual’ transmission), is currently priced at Rs 8.80-10.05 lakh*. To find out how well the Altroz iTurbo fares in comparison to its rivals, on features and specifications, click here.

However, the Polo and i20 have an advantage over the Altroz as they both come with an automatic gearbox option – a 6-speed torque convertor for the VW and a 7-speed dual-clutch for the Hyundai. Tata is working on introducing a dual-clutch auto-equipped Altroz in the coming months, though an exact timeline is yet to be confirmed.