Waiting period of up to 4 months; majority of MG Hector buyers are opting for petrol versions, with the DCT automatic also in high demand. 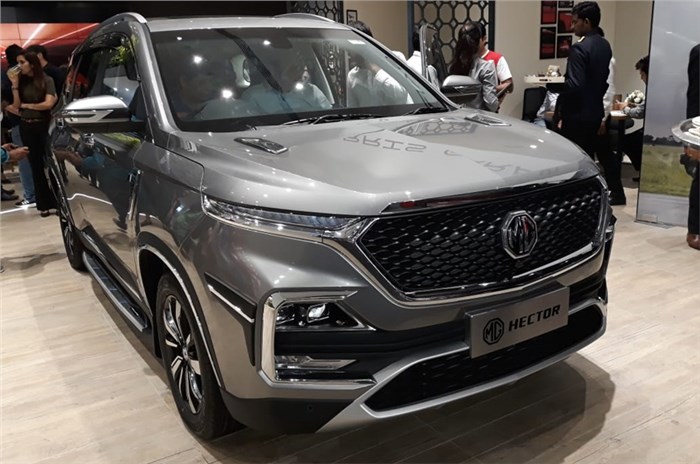 After much hype and anticipation, MG Motor has begun its India journey with the launch of the Hector at an introductory price of Rs 12.18-Rs 16.88 lakh (ex-showroom, pan India). The SUV comes with the choice of petrol, petrol-mild hybrid and diesel engine options, with a manual transmission as standard. The convenience of a DCT automatic gearbox is available too, albeit only on the non-hybrid petrol motor.

The carmaker has announced that bookings for the Hector crossed the 10,000 mark just 23 days after pre-orders officially began on June 4, 2019. Surprisingly, for an SUV in this segment, over 50 percent of the orders are for the petrol variants. MG officials have confirmed that petrol seems to the more desirable fuel choice, not only in regions like Delhi-NCR, but also in southern parts of the country. Out of the said 50 percent bookings, 70 percent are for the DCT automatic variants, while the hybrid too has found popularity with a 15 percent share.

However, prospective customers may need to wait. “In the next 2-3 months, we can produce around 2,000 units of the Hector a month,” said Rajeev Chaba, president and managing director, MG Motor India. The waiting period for the automatic is pegged at about four months, while for the manuals, it is close to a month. The company has announced that deliveries for those who have already made their reservations will start in the first week of July.