The Tata Harrier-rivalling SUV comes in four variants with three engines for buyers to choose from. 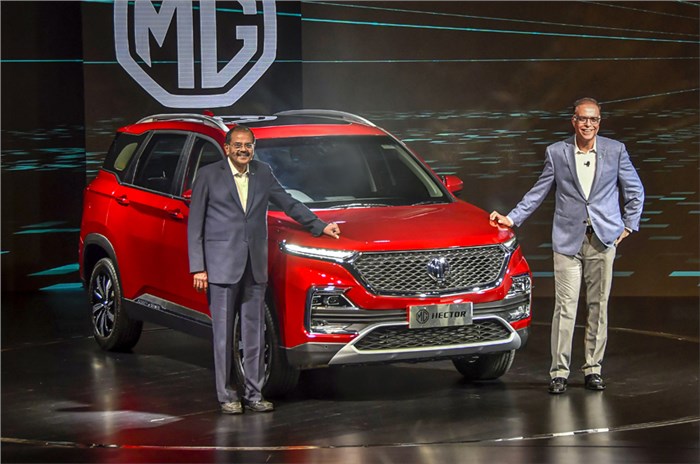 Morris Garages have finally begun their India innings with the launch of the Hector SUV, prices for which begin at Rs 12.18 lakh. One of the most anticipated launches of the year, the MG Hector is priced aggressively, comes in four variants and with three engine-gearbox combinations.

The MG Hector is powered by a FCA-sourced 2.0-litre, diesel making 170hp and 350Nm of torque and a 1.5-litre turbo-petrol engine producing 143hp and 250Nm of torque. A 6-speed manual is standard on both engines, while the turbo-petrol also gets the option of a 6-speed dual-clutch automatic gearbox. Additionally, there’s a 48V mild-hybrid petrol model too (with the 6-speed manual gearbox only), which is said to aid in being comparatively more fuel efficient than the standard petrol variant. The mild-hybrid system will also provide up to 20Nm of additional torque at low speeds to help counter turbo lag and allow for improved acceleration. The MG Hector's ARAI-rated fuel efficiency is 13.96kpl for the petrol and dual-clutch auto combo, 14.16kpl for the petrol-manual, 15.81kpl for the petrol-hybrid (a near 12 percent increase) and 17.41kpl for the diesel version.

For now, the Hector is being sold only as a 5-seater model. However, a 7-seater version will launch here around the same time BS6 emission norms kick in (April 2020). Engine options for the 7-seat Hector are likely to remain the same as the 5-seater, but they are expected to be BS6-compliant.

The Hector will be retailed via the 50 MG dealerships that are already operational throughout the country. MG is also offering maintenance plans of up to 5 years with the Hector, starting at Rs 8,000. There are four plans on offer – Classic, Classic 360, Premium and Premium 360. However, these maintenance plans are only applicable on private registered vehicles. The brand also offers a 5-year/unlimited kilometre warranty plan, along with a 5-year/unlimited kilometre roadside assistance scheme with the Hector as standard. 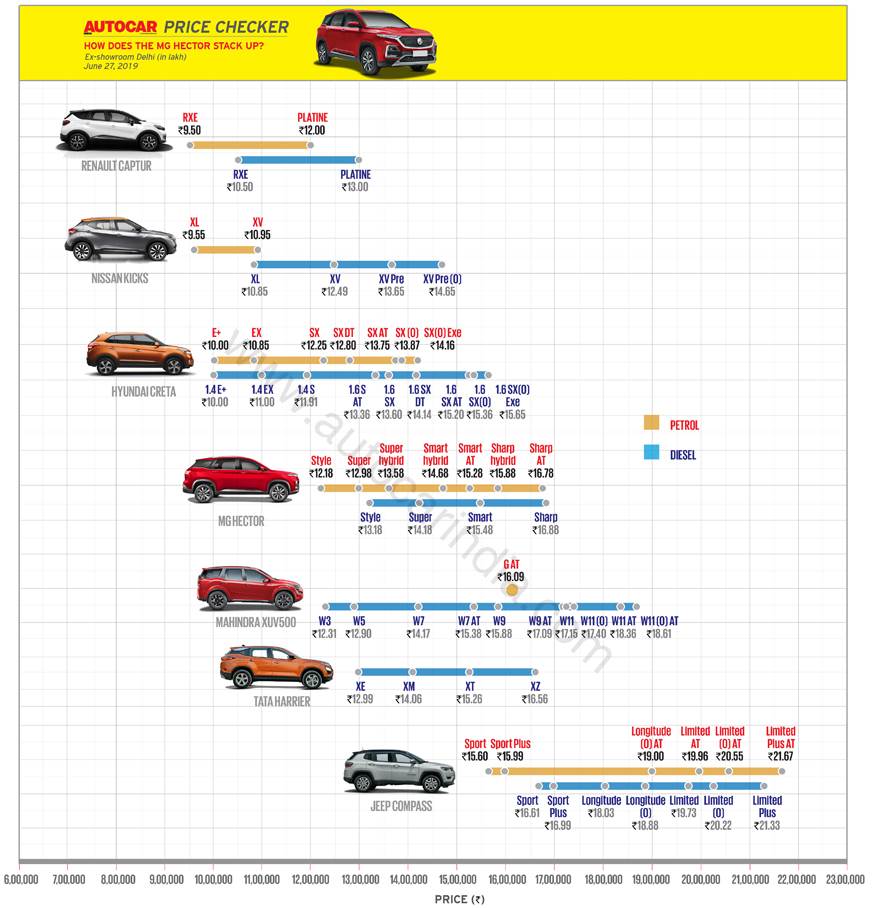