In an effort to spur growth even further, the Japanese automaker’s premium retail outlets will soon add the Ertiga-based XL6 MPV to their current line-up of the Baleno, Ignis, Ciaz and S-Cross. 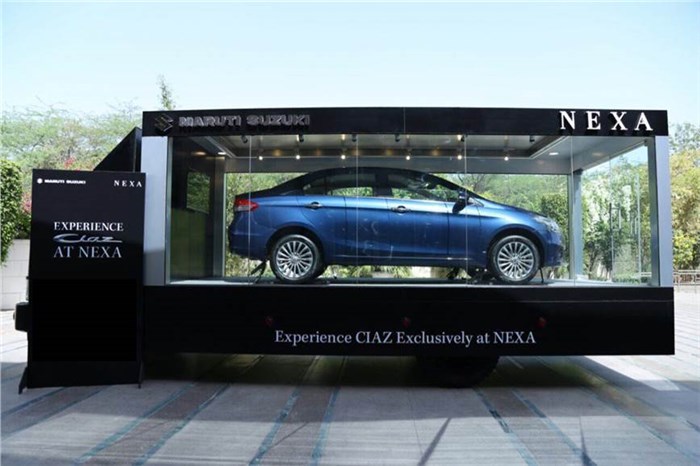 Maruti Suzuki has announced that its premium retail channel, Nexa, has completed four years in the country with a network of 363 outlets spread across 206 towns and cities. India’s largest automaker claims that Nexa is also the fastest-growing automotive retail channel in the domestic market and has catered to almost a million customers, with nearly 70 percent of them being first-time buyers.

As is widely known, the Nexa network offers a range of vehicles across segments including the S-Cross, Ciaz, Baleno, Baleno RS and Ignis. While the Baleno is regular to feature in the top-selling sales charts each month and the Ciaz remains the most popular midsize sedan in the country, the other two Nexa offerings have gotten a much more lukewarm response from Indian consumers – at least by Maruti’s own standards. In efforts to strengthen the position of its premium retail channel, the Japanese automaker is gearing up to introducing an Ertiga-based MPV to the Nexa range on August 21, 2019.

To increase penetration in the country and cater to markets where dealerships are not present, Maruti Suzuki launched its mobile Nexa terminals, last month. The automaker reports that two such units – the first in Haryana and Punjab and the second in Odisha – have managed to cover 10 cities in 45 days.

Furthermore, Nexa showrooms across the country are in the process of being upgraded with a modern look and new-age amenities like interactive touchscreens and VR (virtual reality) simulators. These upgrades should help the brand further augment the buying experience for its customers and attract a younger demographic to its portfolio.