The first 25,000 units of the XUV700 were booked in a record 57 minutes from when bookings opened. 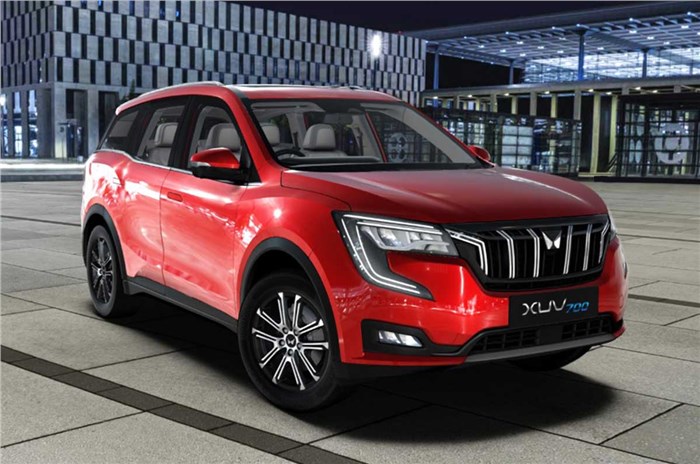 The first 25,000 units of the Mahindra XUV700 offered with the introductory launch pricing were booked in a mere 57 minutes since bookings opened on October 7. Bookings re-opened today, on October 8, with the subsequent 25,000 units being booked in under two hours, after which the bookings halted for a short period, before resuming later in the day. However, for this new batch of bookings, Mahindra has increased the price for the entire XUV700 range. Deliveries are set to start by Diwali.

In terms of the increase in price, all variants from the MX to the AX7 have increased by Rs 40,000-50,000, depending on trim, engine and gearbox combinations. For the AX7 Luxury pack equipped models, prices have been hiked by Rs 30,000 for all but the top-spec AX7 diesel-automatic AWD trim, which has only seen an increase of Rs 10,000.

No new variants have been added, since the introduction of the Luxury pack of the AX7 diesel manual and AWD trims. You can read this, to see which variant we recommend you purchase and for a better understanding of the features and trims.

Powering the new XUV700 is a pair of four-cylinder petrol and diesel engines. The petrol unit is a 2.0-litre, mStallion turbocharged engine that develops 200hp and 380Nm (segment best figures). Gearbox options include a 6-speed manual or automatic gearbox.

On the other hand, the diesel engine is a 2.2-litre, mHawk turbocharged unit that is offered in two states of tune. The lower output unit (offered in the entry-level MX trims) produces 155hp and 360Nm and is available solely with a 6-speed manual. The higher-spec AX variants get a 185hp and 420Nm (450Nm with the automatic gearbox) version of the engine, as well as the option for an automatic gearbox and all-wheel drive.

Given the relatively large price band of the XUV700 which currently ranges from Rs 12.49 lakh to Rs 22.99 lakh (ex-showroom, India), the model competes not only with other seven-seat rivals like the Tata Safari, Hyundai Alcazar and MG Hector Plus, but also some smaller five-seat mid-size SUVs like the Hyundai Creta, Kia Seltos, MG Hector, Skoda Kushaq and VW Taigun.