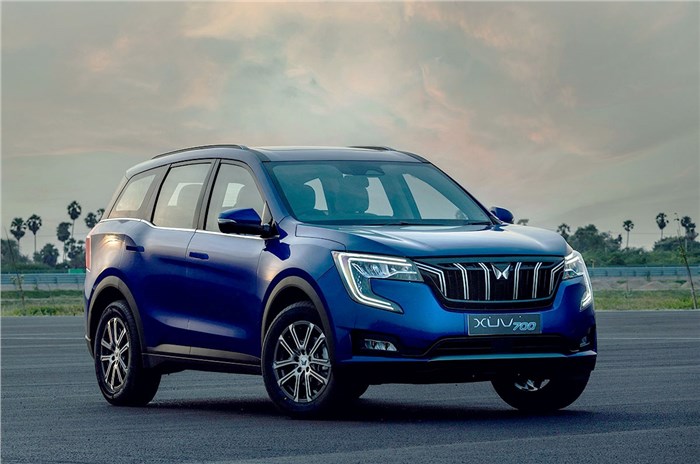 Mahindra has revealed all the prices for the new XUV700 with the SUV priced at Rs 11.99 lakh and moving up to Rs 21.59 lakh (ex-showroom, India) for the fully loaded AX7 with the optional Luxury pack. The prices are introductory and will be valid for the first 25,000 bookings. The bookings will commence from October 7. Mahindra says that deliveries of the petrol XUV700 will commence prior to the diesel's with the date of commencement of deliveries to be announced by October 10.

To facilitate bookings, Mahindra says that it has introduced a new ‘add to cart’ function on the Mahindra XUV700’s website. The new function is said to allow buyers to configure and save their choice of variant and select their preferred dealer prior to bookings opening and formally place their booking from October 7.

At the time of the SUV’s debut, Mahindra had only revealed prices for select 5-seat variants – the MX petrol and diesel-manuals, and the AX3 and AX5 petrol-manuals. However, that was just the proverbial icing on the cake. Mahindra is offering a range of engine and gearbox options and seating configurations for the XUV700 with as many as 21 variants to choose from.

The entry-level MX is a strict 5-seater and, as previously revealed, is available with both petrol and diesel engines paired with a 6-speed manual gearbox as standard. The prices for the MX Series are given below:

All three variants are available with both 2.0-litre turbo-petrol and 2.2-litre diesel engine options, paired with either a manual or automatic gearbox. The fully loaded AX7 diesel-auto also gets the option of all-wheel drive.

While the price for the entry AX3 and AX5 5-seat petrol-manual remains unchanged, the rest of the range is priced as follows:

Mahindra XUV700 Luxury pack: What do you get?

While we have previously spoken about what equipment you would get in each variant, the Luxury pack had not yet been detailed. While the XUV700 AX7 does get you tech such as Advanced Driver Assistance System (ADAS), dual zone climate control, twin 10.25-inch displays for infotainment and instrumentation. The Luxury pack also adds in the Sony 3D surround sound system, 360-degree camera, electrically deployable door handles, blind spot monitor, wireless phone charger and an electronic parking brake.

Moving to the engine line-up, the XUV700 is available with a pair of four-cylinder petrol and diesel engines. Starting with the petrol, the 2.0-litre, mStallion turbocharged unit pumps out a notable 200hp and 380Nm of torque and is paired with either a 6-speed manual or automatic gearbox.

The diesel is Mahindra’s new 2.2-litre mHawk turbocharged unit that is offered in two states of tune. The lower-powered unit (reserved for the entry-level MX version) produces 155hp and 360Nm and is available solely with a 6-speed manual, while the unit in the AX variants churn out 185hp and 420Nm (450Nm with the automatic gearbox) and gets an automatic gearbox option.

The diesel engine in the AX series also comes with four drive modes – Zip, Zap, Zoom and Custom – which are claimed to alter performance and steering response.

Aside from announcing prices and revealing the date for bookings, Mahindra has also announced a new tailor-made financing initiative called FinX for the XUV700. Under the programme buyers will be able to avail up to 100 percent of on-road funding for the vehicle including prices of accessories and maintenance contracts. Other benefits offered will include low EMI schemes and extended tenure options up to 8 years along with step-up and balloon schemes.

The carmaker has also tied up with Mahindra Finance and Orix to offer the XUV700 under lease to corporate customers along with making the SUV available under the company’s subscription programme.

With its choice of seating configurations, the new XUV700 rivals both 5- and 7-seat midsize SUVs. Its rivals include the Hyundai Creta and Alcazar, Kia Seltos, MG Hector and Hector Plus, Skoda Kushaq and the Tata Safari. 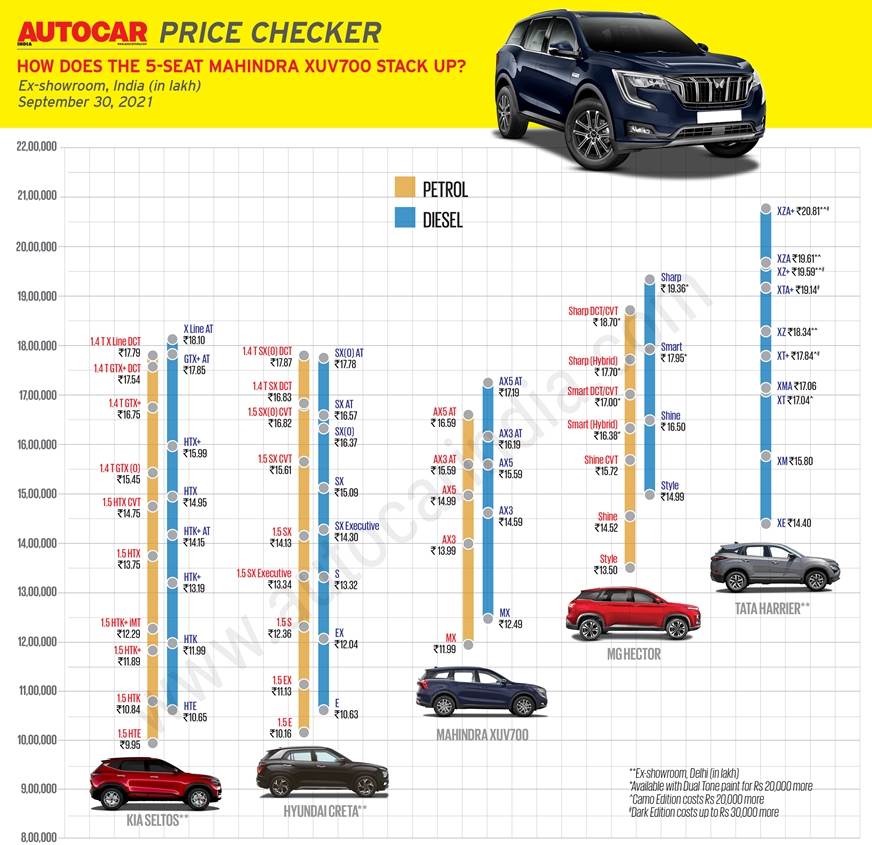 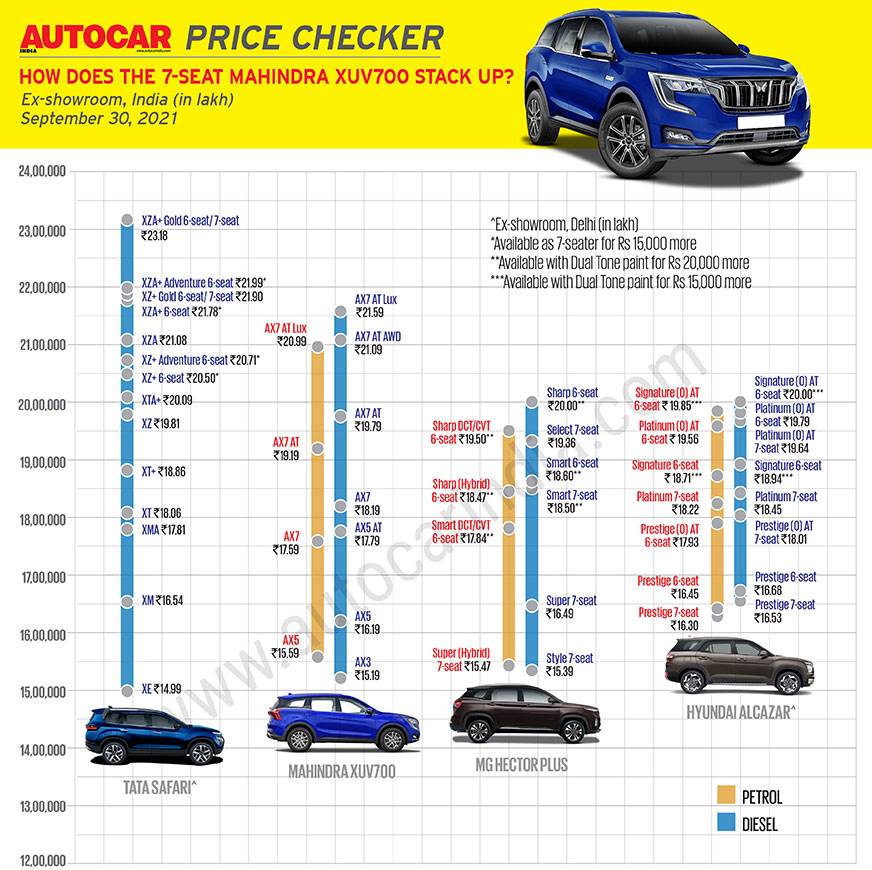