Deliveries of the XUV700 petrol will commence before the diesel variants; official announcement by October 10. 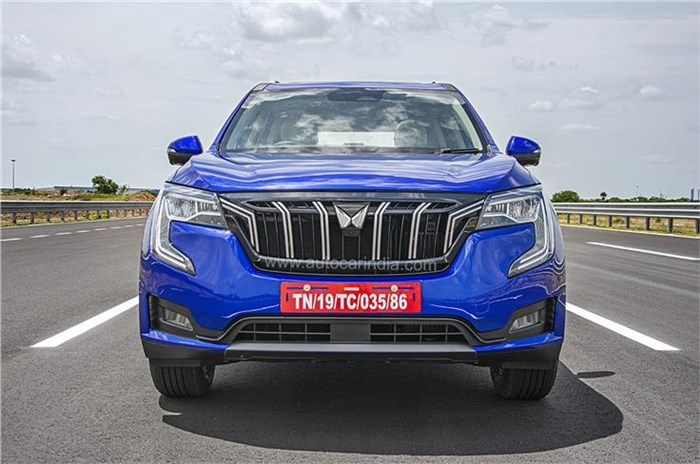 Mahindra has finally announced the complete variant lineup and prices of the XUV700 flagship SUV. The company also said that deliveries of the petrol variants will commence before the diesel, with more details to be announced by October 10.

Mahindra will officially commence bookings for the XUV700 from October 7. The company will conduct an exclusive preview of the XUV700 to existing Mahindra owners at their nearest dealerships from October 1.

Test drives for the SUV will begin in a phased manner, starting from October 2. The first phase will include the following cities – Delhi NCR, Bengaluru, Mumbai, Hyderabad, Chennai, Ahmedabad, Pune, Indore, Lucknow, Coimbatore and Vadodara. The second phase, commencing from October 7, will include Jaipur, Surat, Patna, Cochin, Cuttack, Kanpur, Calicut and Nashik. Test drives in remaining parts of the country will begin from October 10.

Mahindra has also said that deliveries of the petrol variants will precede the diesel and an official announcement regarding the same will be made by October 10.

For online bookings, the company has also added an 'add to cart' feature on the Mahindra XUV700 website which allows you to configure and save your choice of variant and even select your preferred dealer ahead of bookings formally opening on October 7.

The XUV700 is available in 21 variants and the range starts with the 5-seater MX Series that is available with both petrol and diesel engines, but only with a manual gearbox.

Sitting above the MX Series is the AX (AdrenoX) Series, which is further divided into three trims – AX3, AX5 and AX7. While the AX3 and AX5 are available in both five- and seven-seat configurations, the fully loaded AX7 is only available as a 7-seater.

All three trims are available with petrol and diesel engines, paired with either a manual or an automatic gearbox. The top-spec AX7 diesel-AT variant can also be equipped with an optional all-wheel drive system. Mahindra is also offering a Luxury Pack for both the petrol and diesel AX7 automatic variants.

Here’s a detailed look at the prices of all the variants on offer:

Mahindra has introduced a tailor-made financing initiative with the XUV700, called the FinX. Under this programme, customers can avail up to 100 percent of on-road funding for the vehicle including prices of accessories, registration, insurance and maintenance contracts. Other benefits offered will include low EMI schemes and extended tenure options up to eight years along with step-up and balloon schemes.

The XUV700 can also be leased in association with Mahindra Finance and Orix, which already covers repair, maintenance, resale value and insurance, giving customers a hassle-free ownership experience. Customers can also avail the XUV700 under Mahindra Subscription at zero down payment and road tax, where they have the flexibility to change the tenure of ownership or upgrade to a higher variant every year.

Thanks to a wide variant line-up and multiple seating layouts, the XUV700 five-seater rivals the likes of the Creta, Seltos, Hector and the Harrier while the seven-seater XUV700 takes on the likes of the Alcazar, Hector Plus and the Safari.