The Kia Sonet GTX+ petrol and diesel versions are both priced at Rs 12.89 lakh. 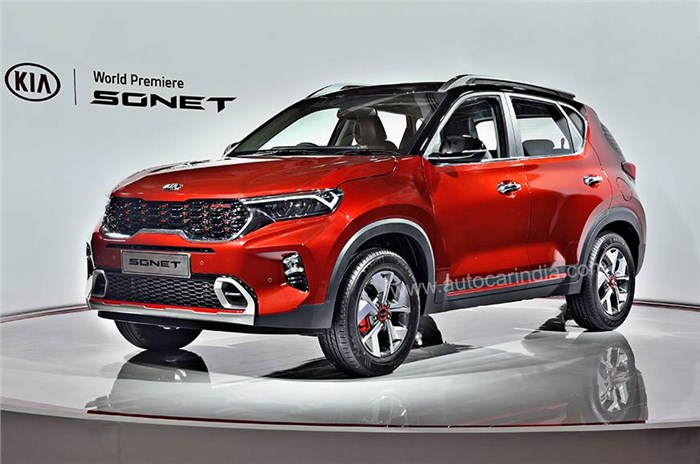 The Kia Sonet launch in India happened just last week. However, the carmaker didn’t announce the prices of the top-spec petrol or diesel automatic variants. Kia has now revealed the Sonet GTX+ petrol and diesel automatic are both priced at Rs 12.89 lakh (ex-showroom, India).

With the addition of the top-spec automatic variants, prices of the 1.0-litre turbo-petrol powered Sonet now range from Rs 9.49-12.89 lakh. While the price range for the 1.5-litre diesel engine-equipped Sonet is now Rs 8.05-12.89 lakh. The 1.2-litre petrol’s pricing remains unchanged (Rs 6.71-8.45 lakh) as no automatic variant has been added.

We can see from the table above, that both the petrol and diesel Sonet GTX+ automatics are Rs 90,000 more expensive than their manual transmission counterparts. Additionally, compared to the mid-spec HTK+ automatic trim- level, the top-spec petrol is Rs 2.40 lakh more expensive, while the diesel is Rs 2.50 lakh more.

The petrol engines on offer are an 83hp, 1.2-litre naturally aspirated unit and a 120hp, 1.0-litre, turbo-petrol unit. The 1.2-litre engine only comes with a 5-speed manual gearbox while the 1.0-litre can be had with either a 6- speed iMT gearbox (a clutch-less manual) or a 7-speed DCT automatic.

The diesel engine on offer is a 1.5-litre, turbocharged unit that produces 100hp and 240Nm when paired to the 6-speed manual gearbox and 115hp and 250Nm when fitted with the 6-speed torque-converter automatic.

The compact-SUV segment will only get more competitive, as new models enter the segment, like the Nissan Magnite and Renault Kiger which are expected to launch by next year.