Based on our real world tests, here’s a look at the Kia Seltos’ mileage figures. 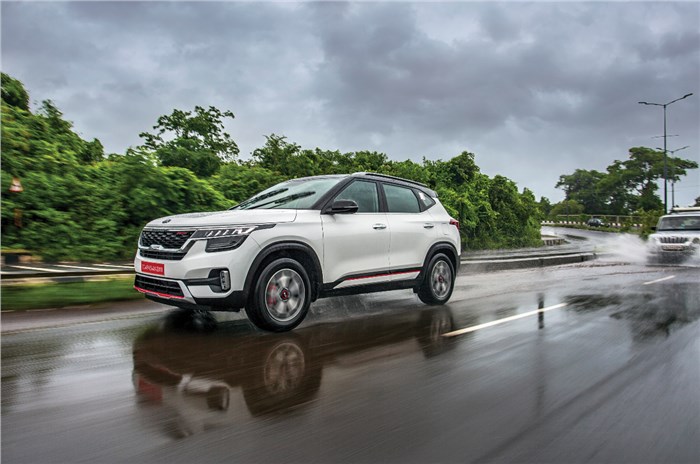 Kia’s first offering in India, the Seltos, is a blockbuster success for the brand. Not only has it quickly established the newbie brand as a mainstream player, but its clever packaging and sensible pricing have consistently kept the cash registers ringing at Kia. The Seltos shares all its engines and some of its transmissions with the Hyundai Creta, and we put the manual and automatic versions of the 1.4-litre turbo-petrol and 1.5-litre diesel engine to the test to find out their real-world mileage.

What is the real-world fuel efficiency of Kia Seltos? 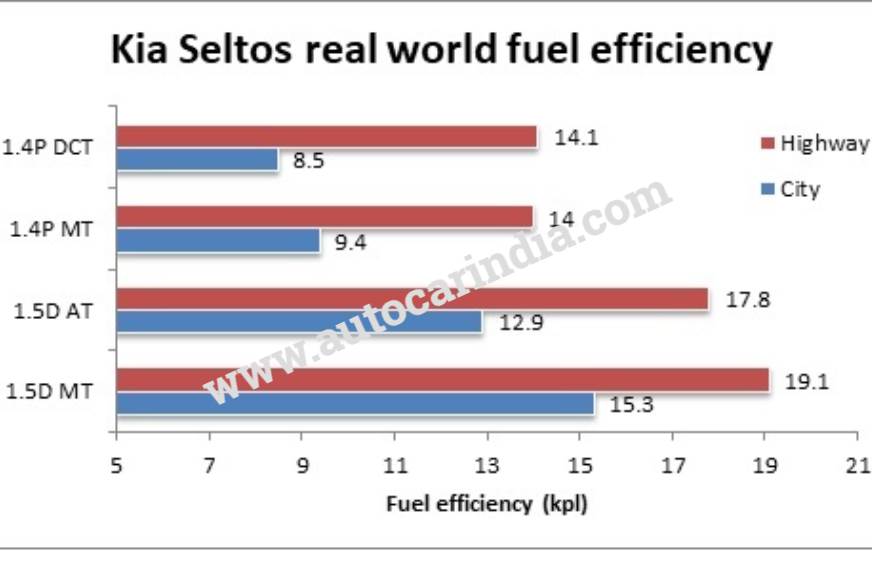 The superbly tuned diesel engine is not only very drivable due to its responsiveness and negligible turbo lag, but its tall gearing also aids fuel efficiency. On the highway, especially, the manual and auto are spinning at 2,200rpm in sixth gear, at a steady 100kph.

The turbo-petrol is much sportier in comparison, with a strong yet linear power delivery. And just like typical turbo-petrol engines, this one is very sensitive to long idling times, as well as ambient temperatures, and you will notice the fuel needle drop quickly in dense traffic conditions. This Kia gets an Eco mode, but the engine performance or responsiveness in this mode aren’t much different than in the default City setting. However, because it reduces the air con effectiveness, users will shy away from using this drive mode, especially during summers. Having an additional gear ratio helps the automatic’s case to an extent, making it a bit more efficient on the highways; for reference, it keeps the engine spinning at 1,900rpm at 100kph, 300revs lower than the manual in top gear.

Before our real-world fuel efficiency test, we fill the tanks of our test cars till the brim and maintain tyre pressures based on the manufacturer’s recommendation. These cars are driven in fixed city and highway loops and we maintain certain average speeds. To keep a check on any untoward variation, we always have a reference car driving along, one that we’ve already tested in the past; periodic driver swaps further neutralise variations in driver patterns. At the end of each cycle, we calculate efficiency by tanking them up till the brim. Throughout our test, there is only one person in each car, running the air con and other electricals, like the audio system, indicators and wipers, when required, just like how a regular user would. We take pride in our testing data, which isn’t merely consistent, but also gives users an accurate indication of what they can expect in the real world.