Kia India dealers will also officially start accepting bookings for the Seltos at their showrooms from the same day. 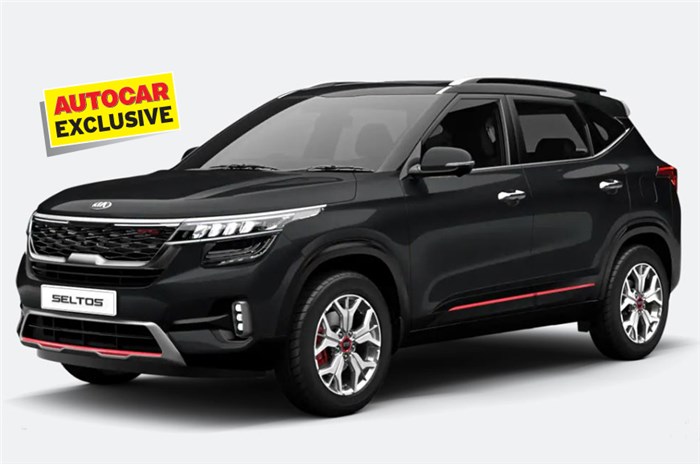 While Kia Motors India will announce pricing for its first model, the Seltos, on August 22, 2019, the Korean company has conveyed to its dealers that it will begin accepting bookings officially at its outlets, as well as online, from July 15, 2019 onwards. A handful of Kia dealers began accepting unofficial bookings for the Seltos SUV a few days ago.

Most Kia dealerships across India are in the final stages of completion and are expected to display the Seltos SUV mostly by the end of July 2019, with vehicle test drives likely to begin by early August. Dealers are currently promising deliveries of the Kia Seltos around the last week of August, right after its price announcement. Kia Motors India has also confirmed its plans to set up 265 touchpoints across 160 cities once the SUV goes on sale.

The Seltos diesel variants will start with the base HTE, while the top-spec diesel is called the Seltos HTX+. The base petrol Seltos variant will be called the GTK and the Seltos GTX+ will be the range-topping petrol trim. Higher-spec variants of the Seltos will come with a 10.25-inch touchscreen, a head-up display, a 360-degree around-view camera, a sunroof, multi-coloured ambient lighting, cooled front seats and a Bose audio system.

As we reported earlier, the Seltos is 4.3m-long and will be available in a variety of exterior colours. The single-tone options include red, black, blue, orange, Glacier White, Clear White, grey and silver, and the dual-tone combinations offered are red/black, Glacier White/black, silver/black and Glacier White/orange.

The Seltos will sit right in the middle of the hotly contested midsize SUV market in India comprising stalwarts like the Hyundai Creta, Mahindra XUV500, Renault Captur, Nissan Kicks and the aggressively priced MG Hector. We expect Kia to price the Seltos from Rs 11 lakh, going all the way up to around Rs 17 lakh for the top-end variant (ex-showroom).