Hyundai hatchbacks and sedans get benefits of up to Rs 60,000 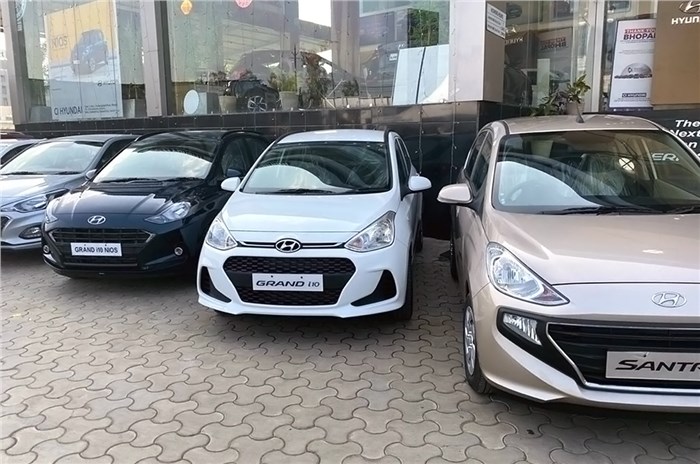 Hyundai is offering discounts and benefits ranging up to Rs 60,000 on its range of sedans and hatchbacks for the month of September. We take a look at the discounts available.

A replacement for the old i10 in 2013, the Grand i10 continues to soldier on to this date as a more affordable alternative to the newer Grand i10 Nios. Buyers can avail of benefits of up to Rs 60,000 on the hatchback which is available in two trim levels and solely with a 1.2-litre petrol engine. Those looking for an automatic gearbox option or a diesel variant though will have to look at the more expensive Nios.

Following the upgrade to BS6, Hyundai premium hatchback has been reduced to a petrol only model in a choice of three variants and with only a manual gearbox. Customers can avail of benefits of up to Rs 60,000 on the i20 depending on the variant selected. The carmaker is expected to launch the all-new i20 in India in the coming months which will see the return of a diesel engine option and a petrol automatic variant.

Hyundai budget hatchback can be had with discounts and benefits of up to Rs 45,000 depending on the variant selected. The entry-point to the Hyundai range, the new Santro is powered by a 1.1-litre petrol engine paired with either a manual or AMT gearbox. Also available is a factory CNG option. The Santro offers good levels of refinement and a well-finished cabin though higher variants do get pricey. Key rivals include the Maruti Suzuki Wagon R and Tata Tiago

Launched in 2019, the Grand i10 Nios is essentially the successor to the Grand i10 and a rival to the third-gen Maruti Suzuki Swift, and Ford Figo. Engine options on offer include a 1.2 naturally aspirated petrol, a peppy 1.0-litre turbo-petrol and a 1.2-litre diesel engine with gearbox options including a 5-speed manual and a 5-speed AMT (turbo-petrol is manual only). Buyers will like the Nios for its levels of equipment and roomy cabin though the car isn’t the most exciting to drive. It can be had with benefits of up to Rs 25,000.

Hyundai’s second-gen compact sedan sits across from rivals such as the popular Maruti Suzuki Dzire, Ford Aspire, Honda Amaze and Tata Tigor. The successor to the Xcent – which also remains on sale, the Aura shares its petrol and diesel engine options with the Nios. Here too both 1.2-litre petrol and diesel engines can be had with either a 5-speed manual or AMT gearbox with the 1.0-litre turbo only available with a manual. The strengths of the Aura lie in its refined engines and light controls, making it easy to drive in the city. Though, like the Nios, it will not appeal to keen drivers. It can be had with benefits of up to Rs 25,000.