Maruti Suzuki leads the list with the Dzire, Baleno and Swift taking the top three spots respectively. The Alto and Wagon R round out the top 5. 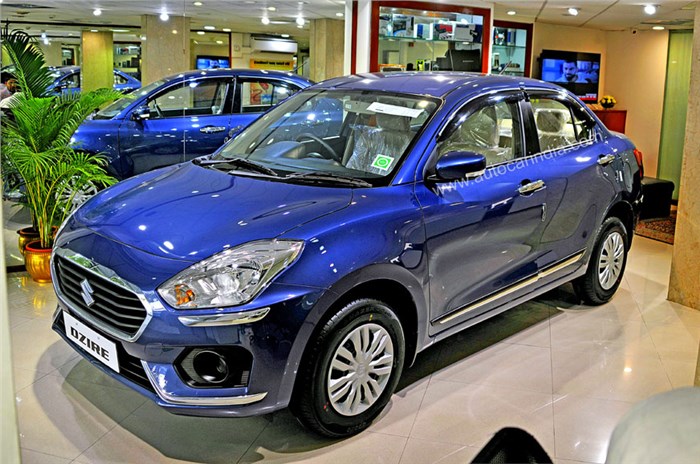 2019 closed on a rather muted note for carmakers. While , who are generally able to lure customers on the basis of heavy discounting strategies, 2020 opened with a tepid January delivering a 6.2 percent year-on-year sales decline for the passenger vehicle segment, which topped off at 2,62,714 units.

While players such as Maruti Suzuki, Renault India and Kia Motors India were in the black with reasonable sales, the majority of the market is still down in the dumps due to weak consumer sentiment, lack of liquidity in the economy and buyers in the personal space preferring to hold back purchases for just a few more months to get the latest product once BS6 actually kicks in.

India Auto Inc did pin high hopes from the Union Budget (FY2021) announced on February 1, particularly the announcement of a vehicle scrappage policy but there were no direct benefits to the mobility sector. However, let’s have a look at some of the top performing models in January that helped their manufacturers remain afloat in such challenging times.

What aided the Japanese carmaker’s cause was the performance of its premium hatchback, the Maruti Baleno, which managed the No. 2 position and went home to 20,485 buyers (16,717 / +22.53%). The Baleno, which also retails as the badge-engineered Glanza from Toyota Kirloskar Motor, is luring customers with its design, features, and value-for-money price tag.

At the No. 5 position, the Maruti Suzuki Wagon R recorded a noticeable growth, gaining four positions and selling a cumulative 15,232 units in the month (10,048 / +51.59%). Both the Alto and Wagon R are available in petrol as well as CNG variants in select cities.

If there was any example of novelty being successful, then there’s no one better than Kia Motors India’s runaway success in the Indian market. The Kia Seltos, at No. 6 position, sold 15,000 units in the month and is the model to be credited with keeping the segment alive in times of this dismal downturn. Month-on-month, Kia is inching up the sales ladder with January beating its last best of 14,005 units in November.

While the Maruti Eeco van made its entry into the list at the No. 7 spot and sold 12,324 units, its bigger cousin the Maruti Vitara Brezza lost three places from last year to land at No. 8. While this is not its peak performance, the Brezza still sold 10,134 units (13,172 / -23.06%). With the biggest roadblock for what was once India’s top-selling UV being its diesel powertrain (which has now been discontinued), Maruti Suzuki has launched a facelift for the Brezza which is available as a petrol-only model with a 105hp, 1.5-litre, four-cylinder engine. It would be interesting to see how it fares against the Hyundai Venue, Ford EcoSport and the soon-to-be-launched Kia Sonet.

With less than 40 days to go for the total transition to BS6, carmakers are in the process of updating their products with the latest hardware to curtail emissions. As some of them also align this opportunity to bring new models and completely refresh their existing line-up, will the customer finally get excited to spend on new motoring metal? We’ll know soon.