The vehicle scrappage policy is in its final stages and is slated to come out in 15 days to one month. 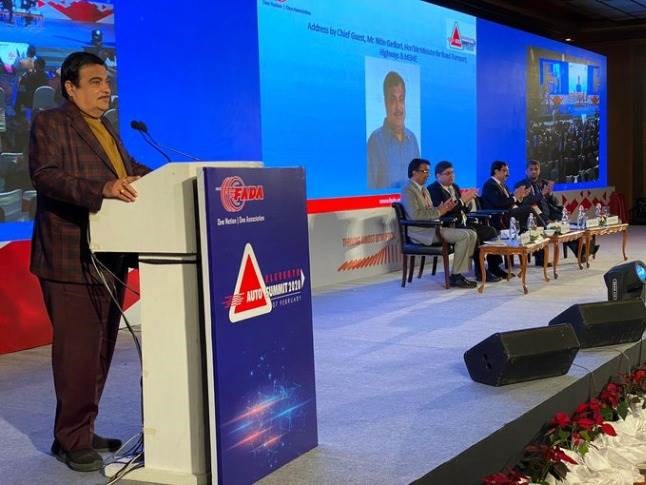 In news that will be welcomed by the Indian automotive industry, the much-awaited vehicle scrappage policy could be announced very soon – within a fortnight to a month. This was revealed by Nitin Gadkari, Union Minister, Ministry of Road Transport and Highways of India, who was the chief guest at the Federation of Automobile Dealers Association’s (FADA) Auto Summit 2020. The biennial flagship convention for Indian automobile dealers is underway in New Delhi, on the overall theme of ‘Thriving Amidst Disruption’.

According to Gadkari, the vehicle scrappage policy is in its final stages and is slated to “come out in 15 days to one month.” He also said the Kandla port could be used to bring old scrapped vehicles from other countries, a move which will help the India automotive and other industries recover important metals and reduce manufacturing / import cost.

It may be recollected that the Indian automobile industry was awaiting announcement of the vehicle scrappage policy in the Union Budget 2020-2021, but it was not to be. Later, at a media briefing after the Budget, Finance Minister Nirmala Sitharaman had said that such a policy for scrapping old vehicles "is in the works" and will be announced once the specific ministries "fine-tune it". "Scrappage policy is in the works ... I would wait for the concerned ministries also to fine-tune everything and tie up the loose ends and then come to a stage where it can be announced by the ministry," said Sitharaman.

Dr Pawan Goenka, MD, Mahindra & Mahindra, too, had said that a Budget announcement on a vehicle scrappage policy for India would have been a nice thing to do. “A scrappage policy does not come for free. There is a cost attached to it. But if it would have revived demand and given how high the GST per unit is in the auto industry, that probably would have been revenue-neutral in terms of tax collection and a lot of positivity in terms of economy."

In October 2019, apex industry body SIAM had welcomed the draft guidelines released by the Ministry of Road Transport & Highways (MoRTH) for setting up of authorised vehicle scrappage facilities in the country.

Adopted by a number of developed markets, a vehicle scrappage policy is usually mandated by a government to accelerate the replacement of old, polluting vehicles by new vehicles. Such a policy also enables dual gains — stimulating the domestic automobile and automotive industry and importantly, removing inefficient, polluting vehicles from the road, paving the way for greener motoring and cleaner air.

As per  government estimates, over 28 million end-of-life vehicles or ELVs (older than March 31, 2005) across categories will be ready to be discarded by April 2020. This would translate into a massive opportunity for players in the organised scrappage and recycling industry.

The Indian automobile industry, which is currently weathering one of the worst downturns in its history, has been urging the government to introduce a vehicle scrappage policy since several months now. Typically, a scrappage policy will also incentivise owners of old vehicles to dispose them off in a proper manner.

The proposed policy, once approved, will be applicable on all vehicles including two- and three-wheelers. Good news coming up for the Indian automobile industry soon. Watch this space.