Along with cosmetic updates and the addition of a few features, the refreshed Vitara Brezza gets a BS6 1.5-litre petrol engine instead of the old BS4 1.3-litre diesel unit; starting prices have decreased by about Rs 29,000 while the top-spec is Rs 80,000 dearer. 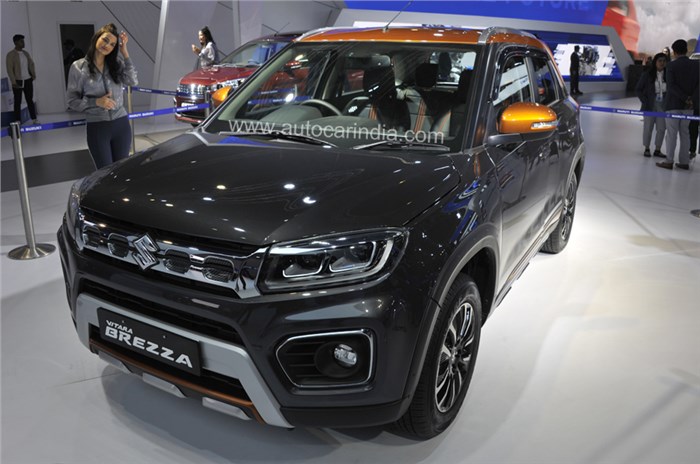 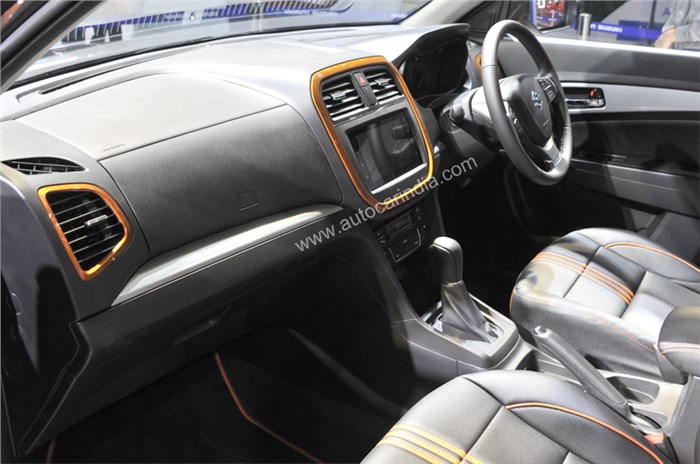 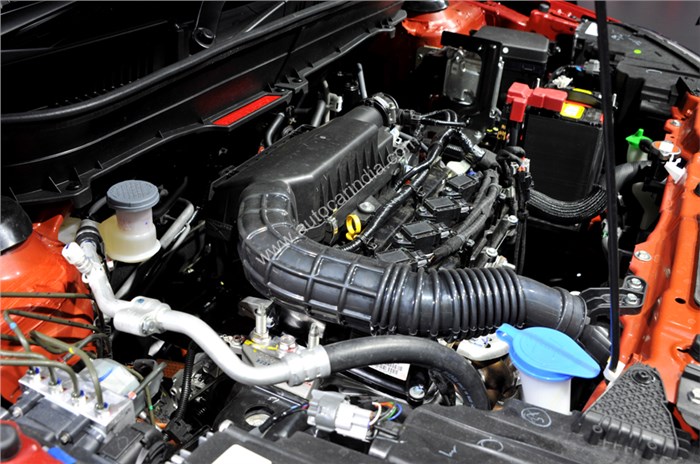 The compact SUV sales king, Maruti Suzuki’s Vitara Brezza has been thoroughly revamped, with a switch to a petrol-only powertrain being the highlight of the update. Suzuki’s K15B 1.5-litre petrol engine replaces the original Vitara Brezza’s 1.3-litre diesel, as part of Maruti’s larger plan to withdraw diesels from its line-up by April 1, 2020. Maruti Suzuki Vitara Brezza petrol prices start at Rs 7.34 lakh and top-off at Rs 11.40 lakh. The following table gives variant-wise prices.

For reference, prices for the BS6 Vitara Brezza petrol start Rs 29,000 lower than the BS4 Vitara Brezza diesel and end about Rs 80,000 higher.

As had been revealed at Auto Expo 2020, the Vitara Brezza shares its 105hp/138Nm, 1.5-litre K15B petrol engine with the Ciaz, Ertiga and XL6. Like the aforementioned Marutis, 5-speed manual and 4-speed automatic gearbox options are available though unlike those models, it is only the latter that gets Suzuki's SHVS mild-hybrid tech. This somewhat explains why the Vitara Brezza petrol-manual has an ARAI-rated 17.03kpl, while the Brezza petrol-automatic comes with a 18.76kpl mileage.

A point to note here is that as the the K15B engine in the Vitara Brezza displaces 1,462cc, it does not qualify for small-car excise sops available to models with length under 4m and petrol engines with displacement under 1,200cc. This reflects in the Vitara Brezza petrol’s prices, which are higher than a few of its rivals’. The table below has the specifics:

The cosmetic and feature updates that the new Vitara Brezza gets were detailed at the Auto Expo reveal. 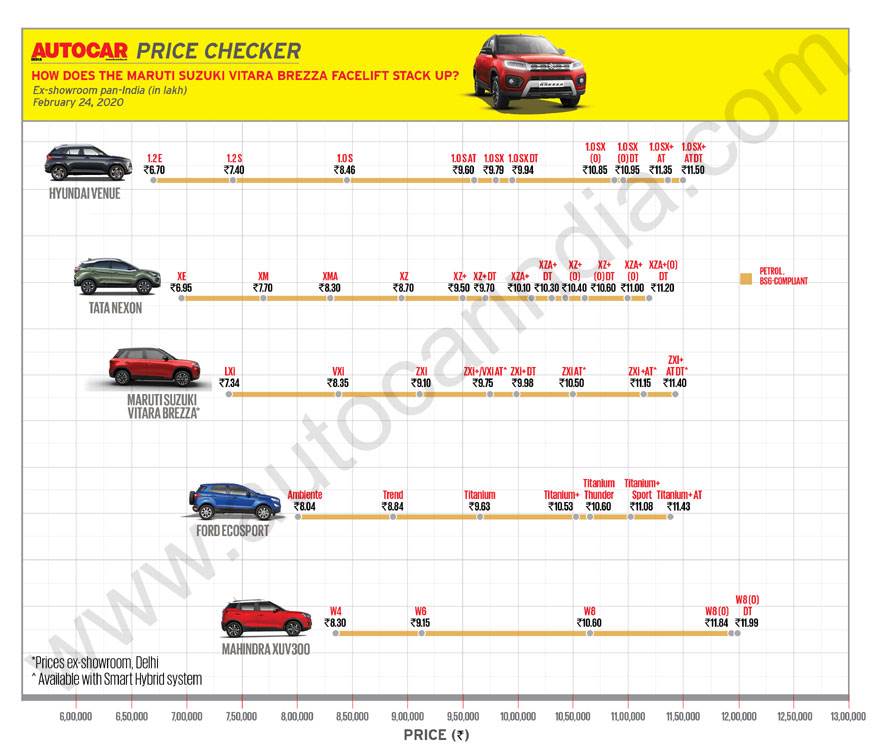 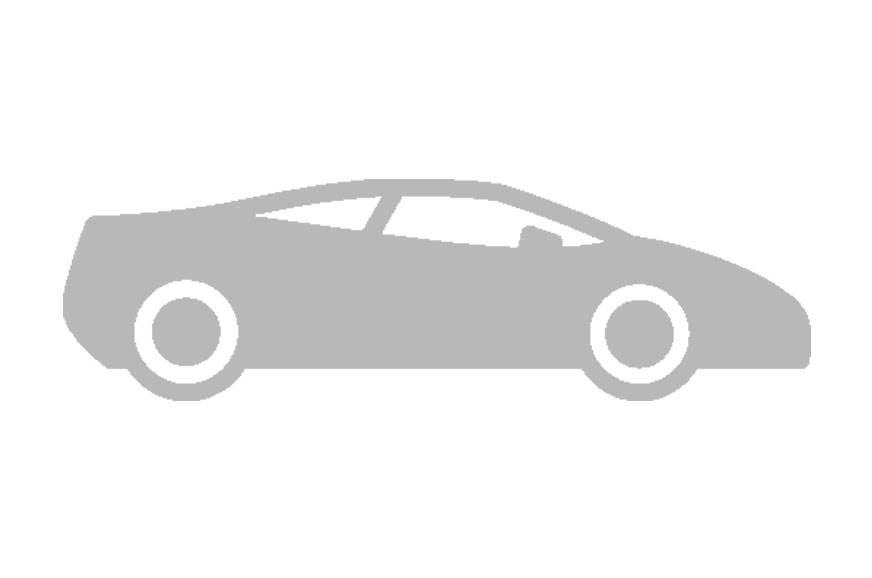