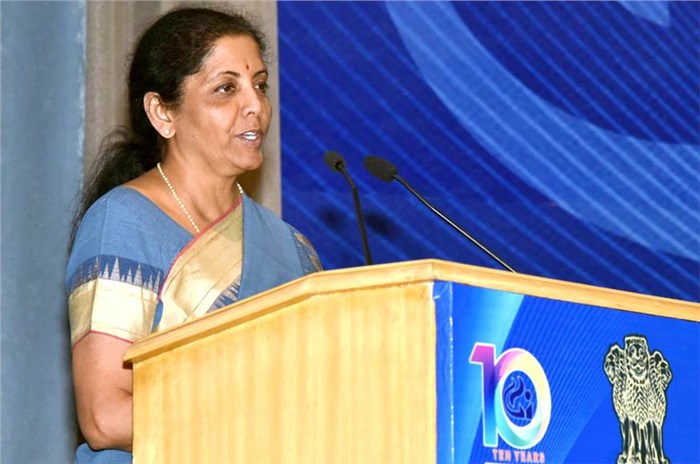 With the Indian automobile sector still floundering and facing historic levels of underperformance, expectations from the budget were high for incentives and policies aimed at bringing about a revival. However, in her presentation to the parliament, Finance Minister Nirmala Sitharaman did not announce any measures aimed at directly helping the auto sector, and in fact steered clear of any mention of the sector itself.

Prior to the budget, there were many recommendations and wishes from the industry. SIAM president Rajan Wadhera had called for a reduction in GST, as well as an incentive on vehicle scrappage saying “As SIAM, we have urged the Finance Ministry to consider announcing an incentive-based Scrappage Policy and also increase budget allocation for ICE bus procurement by state transport undertakings. Increased cost of BS6 may affect demand, hence we have also requested Government to reduce GST rates for BS6 vehicles, effective April 1, from 28 percent to 18 percent.”

Besides ignoring the auto sector, the Finance Minister also did not make any announcements with regards to boosting the EV-charging infrastructure, something which the industry had also hoped for as it would help move customers to EVs: this is something that the government has been promoting for a while now. However, the government did announce an allocation of Rs 4,400 crore for air-improving measures in Indian cities  an above-1 million population, and also stated that it will provide parameters and incentives to states for this. Thus, it needs to be seen how much or if any of these funds will be utilised towards promotion of EVs.

The Finance Minister also said that accelerated development of highways will be undertaken, with the Delhi-Mumbai expressway and two other projects set to be completed by 2023. Further monetisation of 12 lots of highway bundles of over 6,000km is planned before 2024.

However, the lack of any direct announcements has come as a damper to the auto industry. It will now have to hope that the benefits announced in other sectors and the reduction in some income tax slabs will have some rub-off effect on the auto industry.

FADA President, Ashish Harsharaj Kale said “The budget's focus on agriculture, irrigation and rural development will have a rub-off effect on rural demand in the next 3-4 months if all the measures are actioned immediately and will give a fillip to rural auto demand, especially for two-wheelers, tractors and small commercial vehicles. It was disappointing that, as part of auto ecosystem, no direct benefits for the automobile industry was announced.”

Also reacting to the budget Pankaj M Munjal, chairman and managing director, Hero Motors Company said “the government must incentivise e-vehicle manufacturers, and funnel a portion of the 1.7 lakh crores earmarked for boosting transport infrastructure to making e-bike friendly roads and parking spaces to reduce congestion in urban areas, and promote environment friendly transportation.” He also added that while the reduction of GST on EVs to 5 percent was welcome and has benefitted manufacturers he hoped that the government would also reduce the GST rate so that EV manufacturers are encouraged to set up battery manufacturing units in the country.

In a following press Q&A session, responding to a question from the floor about the lack of focus on the auto industry, the Finance Minster said that her approach with this budget has not been industry sector-wise and as a result many other sectors too were not mentioned directly. She did however state that the government is working towards a scrappage policy saying “Something particularly on scrappage is in the works, but it isn’t ready as yet to be announced at the budget.” She added that her approach was aimed at getting money into the hands of consumers.

The automobile sector contributed a substantial Rs 1,20,000 crore in GST collection in FY2019 – over 10 percent of the total Rs 11,00,000 crore revenue generated by the government and it accounts for about 7 percent of the country’s total GDP and nearly 50 percent of manufacturing GDP. Further, it employs well over 35 million people directly and indirectly. Data released by SIAM in the middle of last year says that over 2 lakh jobs have been lost while ACMA too indicates a loss of around 1 lakh temporary workers in the auto component sector. Thus, hopes for measures at a speedy revival were well founded but the industry will now have to plan and brace for what looks like a challenging ride ahead.