2022 Maruti Suzuki Baleno: what all will be new 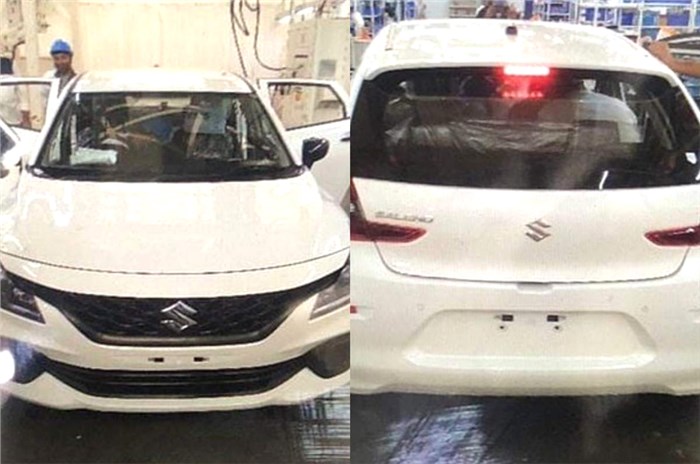 One of the most important new launches for Maruti Suzuki, especially for its Nexa dealer channel, will be the 2022 Baleno. The Baleno has been a consistent bestseller for Maruti, outselling all other models in this segment by a healthy margin, and also consistently making it to the list of top 10 most sold cars each month. Following its last facelift in 2019, the 2022 Maruti Baleno will come with completely overhauled interior and exterior, although it will still not be a full generation change. So here are some of the key changes expected on the new Baleno.

Spy shots have revealed that the new Baleno hatchback will come with a completely overhauled front and rear end design. Up front, the 2022 Baleno is expected to have a wider stance, thanks to a much larger grille that extends into the headlamp assembly. The headlamps themselves have been revised with a new L-shaped wraparound design with new LED daytime running lamp signatures. The front bumper is more aggressively styled with a wider central air dam and newly designed fog lamp housings at either ends.

At the rear, the 2022 Baleno will get sleeker L-shaped tail lamps, a reprofiled rear bumper and a newly designed tailgate. Overall, the design will be much sharper, ditching the flowing lines and rounded proportions of the current car. The updated Baleno will likely remain relatively unchanged in profile, although it could get a set of newly designed wheels.

2022 Maruti Suzuki Baleno: Interiors will be a big step up

The cabin of the current Baleno is the most spacious and comfortable in its class, but where it falls behind rivals like the Hyundai i20 is in terms of features and a flamboyant design. And that’s exactly what Maruti has addressed with the upcoming 2022 Baleno. There will be a larger, free-standing touchscreen taking centre stage on the dashboard. The AC vents get a sleeker look and have now been positioned horizontally below the infotainment screen. The dashboard also gets a layered effect with a new brushed aluminium insert.

The 2022 Baleno is also expected to use better quality plastics for the dashboard, new switchgear for the climate controls, a flat-bottomed steering wheel from the Swift and a new instrument cluster with a revised MID. It will also be more generous in terms of features with additions like cruise control, automated headlamps and wipers and more.

As mentioned, the Baleno facelift will come with a brand-new infotainment system that will be operated via a new 9-inch screen. As per insiders, the new infotainment system will get an on-board SIM that’ll bring the entire suite of connected car technology including geofencing, real-time tracking, find your car, intrusion detection, tow away alert and more – a first for any Maruti Suzuki model in India. The system will also likely be compatible with wireless Apple CarPlay and Android Auto.

Suzuki recently unveiled the second-generation S-Cross for Europe, which also debuted the brand’s new infotainment software. The same infotainment system is also expected on the Baleno facelift in India, before it eventually makes it to other models.

Contrary to the comprehensive cosmetic updates, the 2022 Baleno facelift will, however, remain mechanically unchanged in India. That means it will carry forward its existing 1.2-litre naturally aspirated petrol engine in two states of tune – the non-hybrid 83hp version and the 90hp version with 12V mild-hybrid technology. Transmission choices of the 5-speed manual and CVT automatic gearboxes will also remain unchanged. There are talks of a full-hybrid version of the Baleno, although we don't expect it to be introduced in India with this update.

When launched, the new Baleno will continue its rivalry with the likes of the Hyundai i20, Tata Altroz, Honda Jazz and the Volkswagen Polo. The new Baleno is expected to be launched between February to March 2022.

What do you think about the upcoming Baleno? Will it continue to be a segment leader?
Let us know in the comments section below.