Maruti Suzuki is also readying a slew of new updated models, including the Vitara Brezza, Baleno and Alto for a launch in 2022. 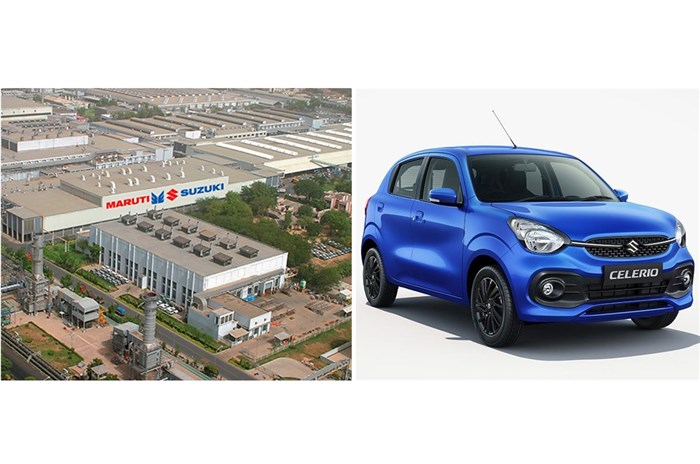 Maruti Suzuki India has received official governmental clearance to set up a new manufacturing plant in the state of Haryana. Chairing a meeting of the Haryana Enterprise Promotion Centre in Gurugram, Chief Minister Manohar Lal Khattar said the company has been given clearance to set up a new plant on 900 acres of land at Kharkhoda in the Sonepat district. This will be the carmaker’s third plant in the state.

Maruti Suzuki India’s two existing plants at Gurugram and Manesar in Haryana have a combined manufacturing capacity of 15, 80,000 units, while the Suzuki Motor plant in Gujarat has 5,00,000 units capacity per annum. This adds up to a little over 2 million units per annum (20,80,000). All put together, the three plants’ monthly production is estimated at a little over 1,73,000 units.

The carmaker witnessed reduced production in September and October 2021, mainly due to the semiconductor crisis, which has impacted smooth production at its plants. It is estimated that Maruti Suzuki could not produce an estimated 1,16,000 vehicles during the second quarter of FY2022 (July-September) due to the electronics component shortage.

Maruti Suzuki has a slew of new facelifts and updated models coming up in 2022. These include facelifts of the Vitara Brezza and Baleno and also the next-gen Alto, all of which have been spied testing on our roads recently.

The first of these models will likely be the Baleno facelift that’s expected to launch by early 2022. Exterior design of the new Baleno has already been leaked online and it gets a completely new front and rear end design. Leaked images have also suggested it will be wider than the outgoing car. The 2022 Baleno gets a completely new interior as well, featuring a revised dashboard with a larger touchscreen and more features. This, however, will only be a comprehensive cosmetic facelift as the Baleno is expected to remain mechanically unchanged.

Maruti is also readying a comprehensive facelift for the Vitara Brezza that’s likely slated for a launch by mid-2022. Spied test mules have hinted that the facelifted SUV will come with completely new front and rear end styling, although the doors and overall silhouette will likely be carried over. The interiors, too, will be completely refreshed and some parts could also be shared with the Baleno facelift. Mechanically, the Brezza is expected to carry over its 1.5-litre petrol engine, underpinned by the same Global C platform.

Unlike the Baleno and Brezza, the Maruti Alto will see a complete model change and is expected to arrive by late 2022. Spy shots of the next-gen Alto have suggested that the design will be more of an evolution of the current-gen model, although there will be fresh new details all around the car. The interiors are also expected to be completely refreshed, although the features on offer will likely be quite basic. Under the hood, the Alto could continue with the tried and tested 796cc petrol engine, but it remains to be seen if Maruti updates this engine with DualJet tech and idle start/stop system as they did with the 1.0-litre K10C engine on the new Celerio.