Maruti Suzuki to cut production by 60 percent in September

The carmaker has said that supply shortages of electronic components is to blame for the drop in production this month. 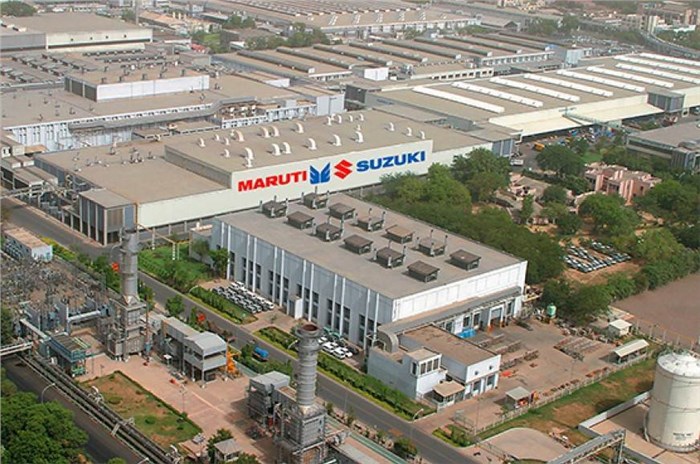 In a regulatory filing, Maruti Suzuki has announced that its production in the month of September is likely to take a big hit. This is due to the shortage in supply of electrical components like semiconductors.

In a statement, Maruti Suzuki said, “Owing to a supply constraint of electronic components due to the semiconductor shortage situation, the company is expecting an adverse impact on vehicle production in the month of September in both Haryana and its contract manufacturing company, Suzuki Motor Gujarat Pvt. Ltd. (SMG) in Gujarat. Though the situation is quite dynamic, it is currently estimated that the total vehicle production volume across both locations could be around 40 percent of normal production.”

Maruti Suzuki India’s two plants at Gurgaon and Manesar in Haryana have a combined manufacturing capacity of 15,80,000 units, while the Suzuki Motor Gujarat plant has a 5,00,000 units production capacity. This adds up to a little over 2 million units per annum (20,80,000). All put together, the three plants’ monthly production is estimated at a little over 1,73,000 units. This means it is likely that around 1,03,800 fewer units will be produced in September, which marks the onset of the festive season in India.

This development confirms what FADA president Vinkesh Gulati told our sister publication Autocar Professional last week. He said that because of the sizeable supply-demand mismatch due to the prevailing semiconductor supply chain problem, sales in the festive season will be impacted despite there being a revival of demand.

On August 30, Maruti Suzuki confirmed an upcoming price hike in September across its entire model range. This latest hike, due to rising input costs, will be the third from the carmaker in eight months and a move which could see other players following suit.

Maruti Suzuki’s biggest upcoming launch is the all-new Celerio hatchback. The 2021 Celerio is scheduled to launch in the coming months and was recently spotted completely undisguised. The carmaker is also readying the Baleno facelift, which was spied testing and is expected to launch in 2022. Apart from these two, Maruti Suzuki is also planning updates for the Ertiga, XL6 and Vitara Brezza.