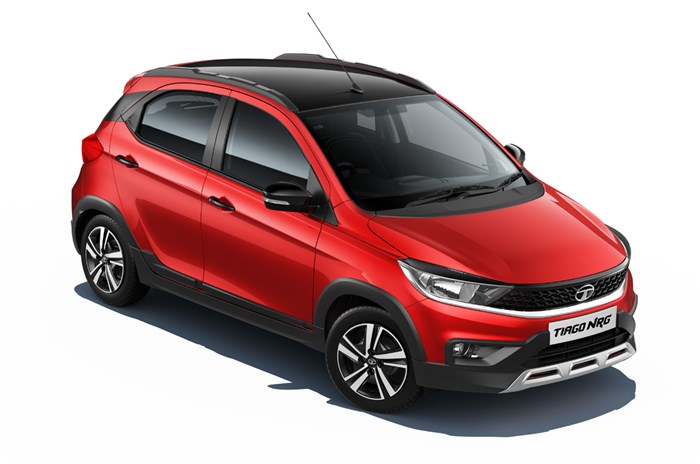 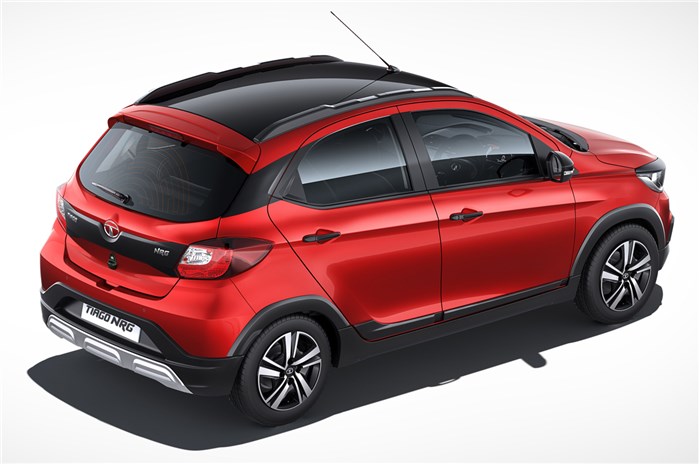 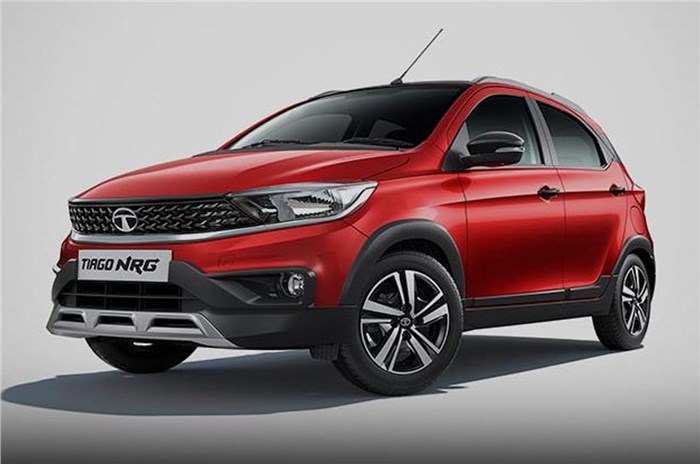 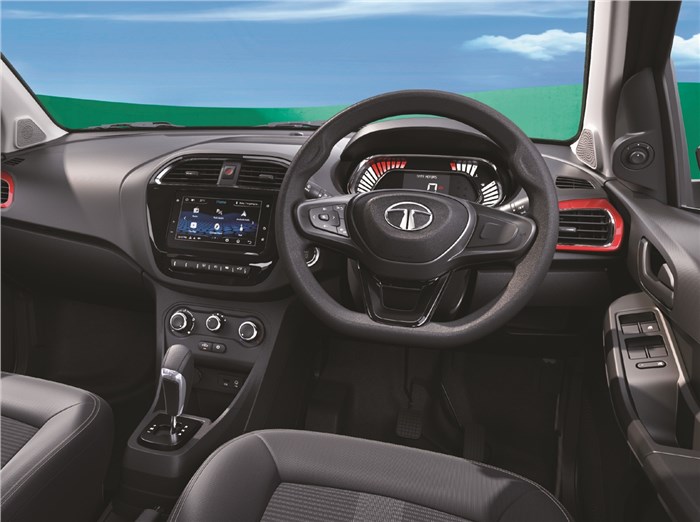 Tata Motors have re-introduced the Tiago NRG in India. The 2021 Tiago NRG has been launched for a price of Rs 6.57 lakh for the petrol-MT variant and Rs 7.09 lakh for the petrol-AMT variant, both prices ex-showroom. It is based on the Tiago facelift that went on sale last year, albeit a more “rugged looking”, cross-hatch derivative of the standard model. The Tiago NRG commands a premium of Rs 23,000 over the standard Tiago XZ+ for both the manual and AQMT variants.

The most distinct update on the 2021 Tiago NRG is that it adopts the sharper headlamp and grille design from the standard Tiago facelift introduced last year. The front and rear bumpers have been re-profiled to look beefier and also get faux silver skid plates. There’s also a generous dose of body cladding along the lower section of the body and over the wheel arches. Meanwhile, the roof, door handles, D-pillars and wing mirrors come finished in a contrasting shade of black.

In terms of dimensions, the Tiago NRG is 37mm longer, thanks to the extra body cladding at the front and rear. The ground clearance has also gone up by 11mm, taking it up to 181mm now.

The Tiago NRG also gets a new dual-tone 15-inch alloy wheels. The Tiago NRG is available in four color options - Foresta Green, Snow White, Cloudy Grey and Fire Red – and it also sees the addition of faux roof rails and a thick plastic trim on the tail gate with a NRG badge.

On the inside, the dashboard layout remains mostly identical to the standard Tiago, The dashboard and the seats are finished in an all-black shade, with contrasting trim elements around the AC vents and gear lever spicing things up.

Interestingly, the Tiago NRG also gets a push button start/stop and keyless entry over the standard Tiago, although it misses out on the automatic climate control feature that’s offered as standard on the latter.

The Tiago NRG remains mechanically unchanged from the standard Tiago with power figures remaining at 86bhp and 113Nm, from a 1.2-litre, three-cylinder, naturally aspirated petrol engine . The Tiago NRG is available with both the 5-speed manual and AMT gearbox options.

With the Celerio X now being discontinued, the Tiago NRG does not have a direct rival in the market. As standard, the Tiago rivals the likes of the Maruti Suzuki Celerio and Wagon R, Hyundai Santro and the Datsun Go. 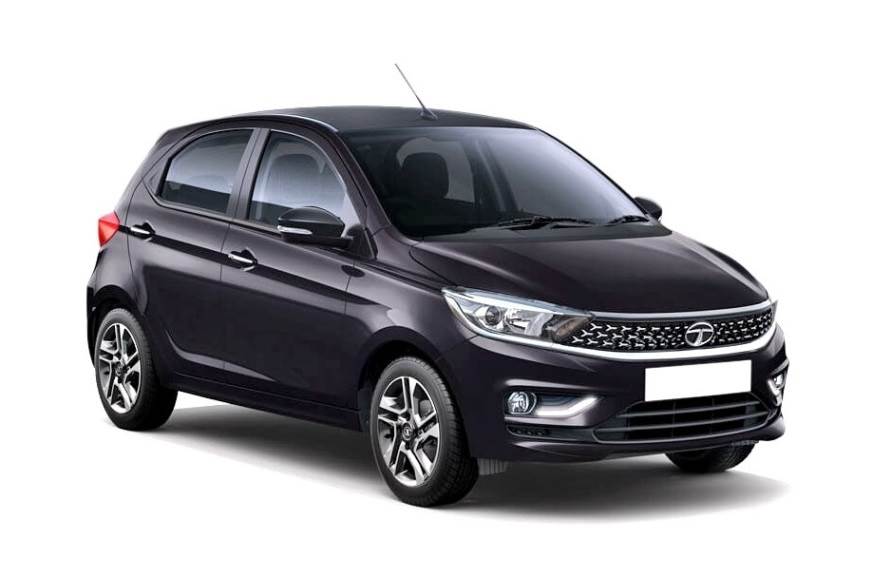