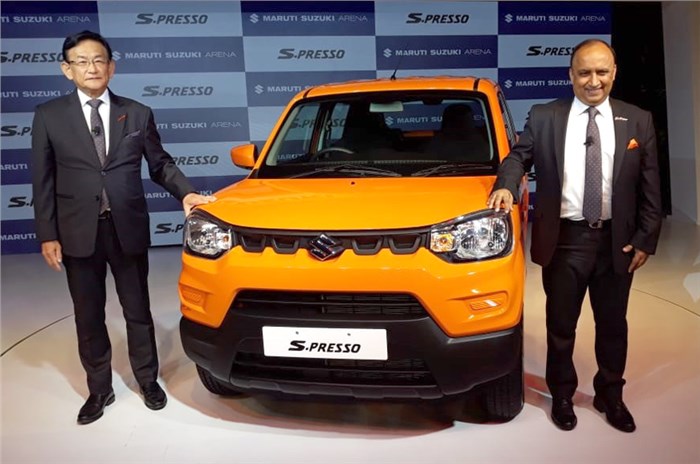 After much anticipation, Maruti Suzuki has finally launched the S-Presso at an introductory price of Rs 3.69 lakh. The ‘micro SUV’ is available in two engine-gearbox combinations and four trim levels and competes with the new Kwid, which has launched at Rs 2.83 lakh.

The S-Presso is based on Suzuki’s Heartect platform, which also underpins models like the Swift, Dzire and Wagon R. The platform not only brings structural rigidity benefits that will help it meet the new crash test norms, but it also helps make the car light – it weighs just 726-767kg, depending on the variant. As for the dimensions, it measures 3,565mm in length, 1,520mm in width and 1,564mm in height (the Std and LXi variants are 15mm shorter due to the 13-inch wheels) with a 2,380mm long wheelbase. The ground clearance is set at 180mm, which is on par with the Kwid, but it gets larger 165/70 R14 tyres in comparison on the higher-spec variants.

In terms of styling, the Maruti S-Presso retains the upright shape that was previewed by the Future S concept on display at Auto Expo 2018. It has a squared-off front end with a high bonnet line, and the halogen headlights merge into the slim grille. The angular chrome elements in the grille mimic those seen on the bigger Vitara Brezza, the LED DRLs are positioned below the headlights and, in keeping with the S-Presso’s micro-SUV theme, it has a black front and rear bumper to go with the body cladding along the sides.

Inside, the S-Presso’s dashboard design doesn’t stray too far from the one seen on the Future S concept. It gets an all-black theme with colour-coded orange bits on the top-spec trim. The dashboard is upright and features a centrally-mounted digital speedometer and tachometer, which is reminiscent of the Mini’s. The touchscreen infotainment system is positioned right below it. The central AC vents are positioned on either side of the instrument cluster. With the parcel tray in, the S-Presso's boot space is rated at 240 litres, though its removal adds another 30 litres of luggage carrying capacity.

In terms of equipment, ABS, a driver-side airbag, rear parking sensors, seat-belt reminders, a digital speedometer and a speed alert system are standard across the range. The Option Pack, which is available on all variants except the top-spec, adds a passenger side airbag. Additionally, top-spec S-Pressos get a manual air conditioner, Maruti’s 7.0-inch SmartPlay Studio touchscreen infotainment system with voice recognition, steering-mounted controls, rear parcel tray, body-coloured ORVMs and door handles, and a 12V accessory socket. There are no alloy wheels on any variant, though Maruti does have an extensive list of accessories that can be added to the model, for a bit more cash.

Powering the S-presso is Maruti’s BS6-compliant 1.0-litre K10B petrol engine that puts out 68hp and 90Nm of torque. This upgraded engine is also expected to find its way in the Wagon R, Alto K10 and Celerio in the coming months. Gearbox options for the S-Presso include a 5-speed manual or AMT. Interestingly, the lower variants have an ARAI-certified mileage figure of 21.4kpl while the higher VXi and VXi+ variants (in manual and AMT form) are rated at 21.7kpl. When compared to the BS4-compliant version of the same K10B motor, specifically in the Alto K10 and Celerio, the BS6-spec version (in the higher variants) delivers 2.25kpl and 1.4kpl less, respectively.

Maruti Suzuki will retail the S-Presso from its Arena chain of dealerships. The brand has invested Rs 640 crore in the development of the new hatchback and has claimed that it has achieved 98 percent localisation of parts and components. In terms of rivals, the S-Presso is aimed squarely at the Renault Kwid which is currently priced from Rs 2.76 lakh to Rs 4.75 lakh. The Kwid has now just been updated which should make the battle of the newly-formed micro SUV segment really interesting. Another alternative in this price bracket includes the Datsun Redigo 1.0 (Rs 3.90-4.37 lakh). 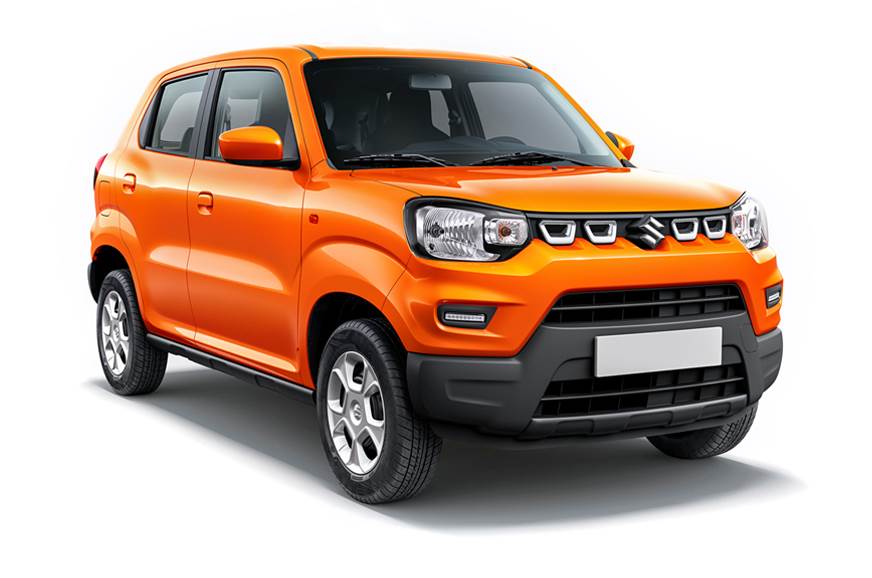 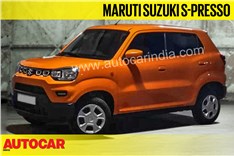