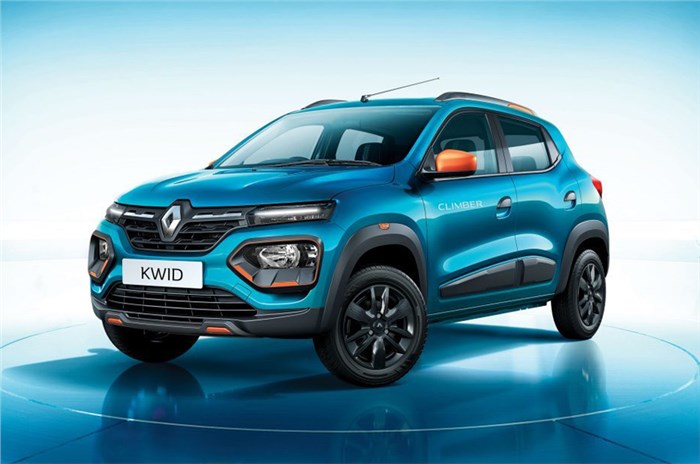 Following the introduction of the Maruti Suzuki S-Presso, Renault has launched a facelift of its popular Kwid hatchback, priced from Rs 2.83 lakh. The refreshed model arrives in five levels of trim – Standard, RxE, RxL, RxT and Climber – and comes with two petrol engine options. Bookings have also opened online on Renault's website for Rs 5,000.

The updated Kwid borrows styling cues from the Renault City KZ-E electric car that was unveiled in China earlier this year. It gets a split headlamp setup similar to the MG Hector and Tata Harrier SUVs, with the LED daytime running lamps being positioned next to the chrome-embellished front grille. The main headlamp cluster is positioned lower down in the bumper in a deep recess. The outgoing Kwid’s hexagonal radiator grille has been replaced with one that has horizontal slats. At the back, there’s a new rear bumper – which gets reflectors on the sides – and new LED elements in the tail-lights. Additionally, the top-spec Climber variant gets faux skid plates at the front and back, roof rails, 14-inch steel wheels with gunmetal grey covers and orange highlights.

On the inside, the refreshed Kwid gets a tweaked dashboard design, with a newer, and larger, 8.0-inch touchscreen infotainment system and a new steering wheel – the former has been lifted off the Renault Triber. The AMT variants also see the round gear shifter repositioned to the centre console instead of the dashboard. The new Kwid also gets the Triber’s digital instrument cluster that includes a tachometer.  Further, new seat fabrics and tweaked door pad trim are also part of the package.

Here's an in-depth look at exactly what features you get with each variant and for how much.

Mechanically, the facelifted Kwid remains identical to its predecessor. It continues to be offered with the same three-cylinder petrol engines – a 54hp, 0.8-litre and a 68hp, 1.0-litre. The 800cc Kwid comes with a 5-speed manual only, while the 1.0-litre variant also gets an optional 5-speed AMT gearbox. The engines are BS4-compliant for now, though Renault is expected to introduce BS6-compliant versions closer to the April 2020 deadline.

The Kwid comes standard with a 4-year/1 lakh kilometre warranty, with roadside assistance. 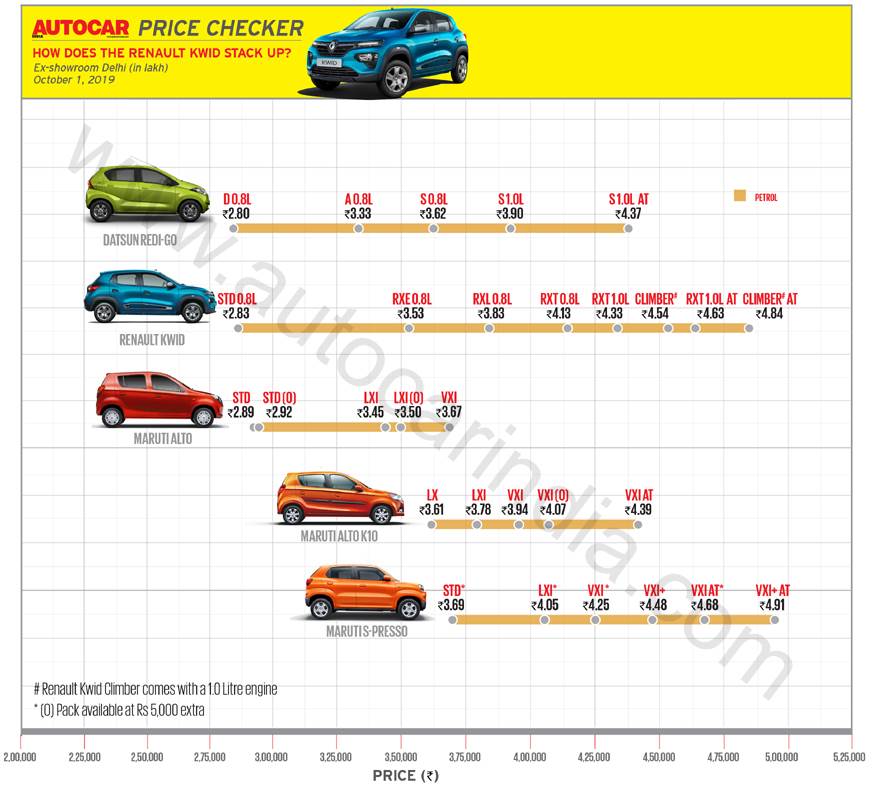