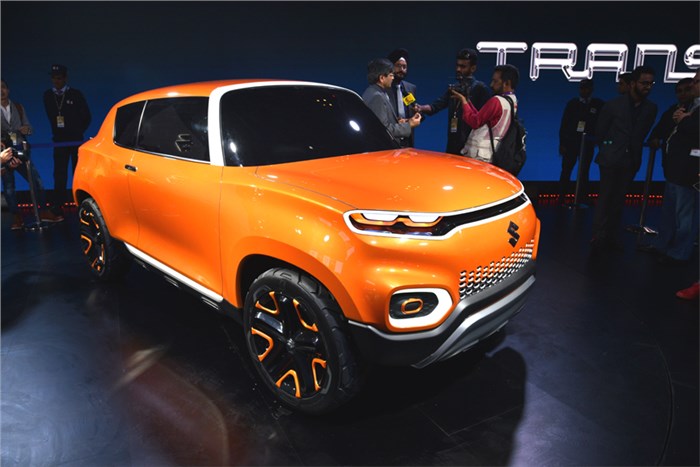 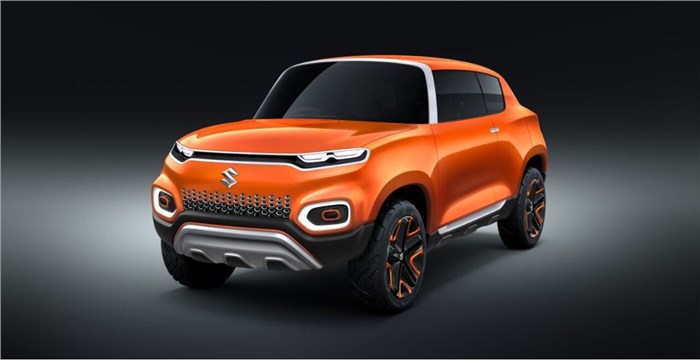 The 2018 Auto Expo was kicked-off in fine style with the global unveiling of the Suzuki Future S concept. The first of over 100 unveils at India’s biennial auto show in Greater Noida, the Future S showcases an all-new design language for India’s largest automaker and a hint at what future Maruti cars will look like.

The body style of the Future S is unmistakably an SUV, with its upright stance, high bonnet line and wide haunches. It’s also a clear indicator that Maruti, known for its conventional hatchbacks, is now training its sights on the SUV segment. The increasing preference for SUVs as a body style across the spectrum of the market is driving this new design direction. Currently, the only SUV Maruti has in the market is the Vitara Brezza, which sells on average of over 13,000 units a month.

With a length and wheelbase similar to the Ignis, the Future S is clearly a compact SUV and, like the Vitara Brezza, is intended to take advantage of the tax benefits offered to cars with a length less than four metres. However, the Future S is dimensionally smaller than Vitara Brezza and aimed a segment below, where it will square up against the popular Renault Kwid and compete with conventional hatchbacks as well.

The distinctive SUV styling cues of the Future S also suggests that Maruti Suzuki is betting more on a traditional SUV design like that of the hugely successful Vitara Brezza. The automaker wants to replicate that success in other SUV segments where it is not yet present. The lukewarm response to the S-cross and subdued sales of the Ignis are proof enough that crossovers don’t have quite the same appeal as a conventional SUV.

There is no word on when the production version of the Future S will go on sale but, according to company sources, it could be as early as the end of this year.

It will eventually be built on Suzuki’s lightweight Heartect platform and is likely to come with only a petrol engine at launch, followed by Maruti Suzuki’s first in-house-developed 1.5-litre, four-cylinder diesel. The Future S is believed to be packaged for some of electrification as well.

The Future S-derived family of cars is unlikely to replace Maruti’s existing line-up and will co-exist alongside its bread-and-butter models like the Celerio, Wagon R and Swift.