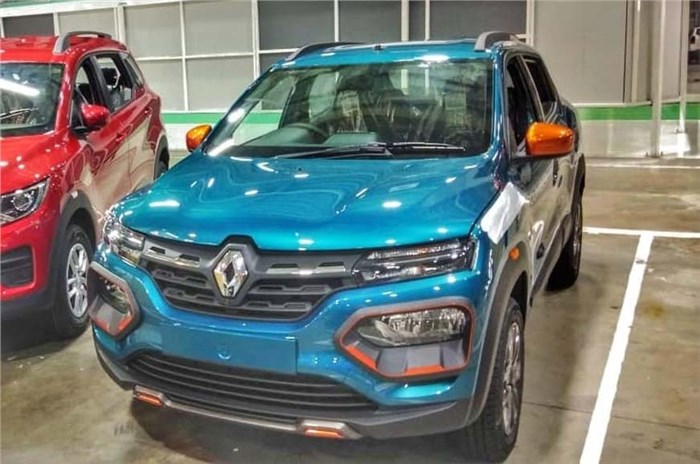 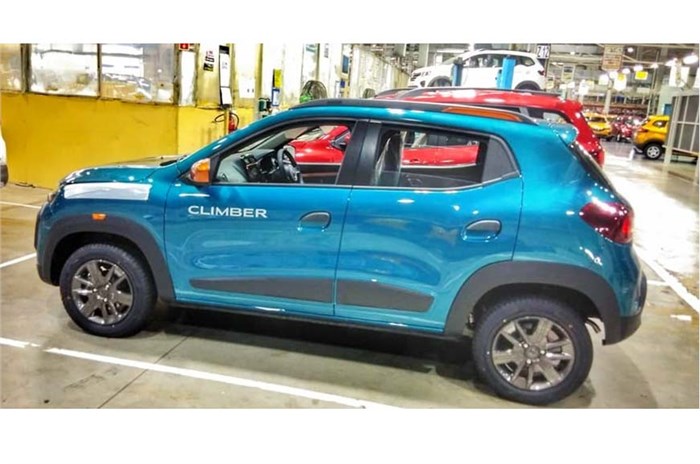 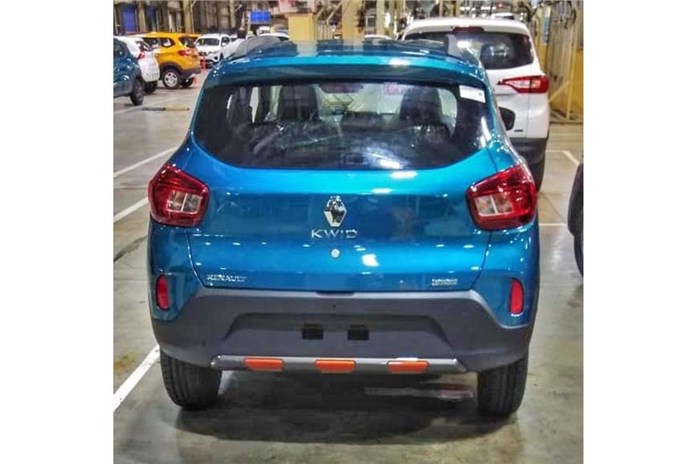 With its official launch set to take place soon, undisguised spy shots of the facelifted Renault Kwid hatchback have emerged online. The top-of-the-line Climber variant seen in the pictures shows Renault has made a number of key changes over the previous model.

Notable changes to the exterior include a split-headlamp design that mimics the Renault K-ZE EV. The LED DRLs are positioned beside the front grille with the main headlamp unit placed lower down on the front bumper in a deep recess. This could help save the headlights from breaking in a low speed collision. Further, the model gets three horizontal slats on the lower front grille (compared to the honeycomb pattern on outgoing model) and a more prominent chin. At the back, it features new details in the tail-lamps and new light reflectors. Additionally, it also sports a new design for the alloy wheels that are finished in a gunmetal grey shade, while continuing to employ a three-lug nut setup as before. The spied car also gets faux skid plates, body cladding, roof rails and orange accents, all of which are expected to be exclusive to the Climber variant. As for the dimensions, the Kwid facelift is likely to measure 3,735mm in length; about 56mm longer than its predecessor.

Inside, the refreshed Kwid is expected borrow a few elements from the recently-launched Renault Triber to keep costs in check. It’s likely to get the new 8.0-inch touchscreen infotainment system with a parking camera, the digital instrument cluster (at least on top variants) and the new steering wheel from Renault’s new seven-seater. Apart from this, the interior will remain largely unchanged.

Mechanically, the Kwid facelift will remain identical to the outgoing model and will be powered by the same 54hp, 0.8-litre and the 68hp, 1.0-litre three-cylinder petrol engines. Gearbox options will include a 5-speed manual or a 5-speed AMT as before. Initially, the Kwid’s engines will be BS4-compliant to keep the model competitive, with Renault expected to introduce BS6-compliant versions closer to the April 2020 deadline.

The facelift comes in at a good time as the Kwid gears up to face stiff competition from the upcoming Maruti Suzuki S-Presso; another budget hatchback that will feature SUV-like looks, and vie in what is now becoming the micro-SUV segment.