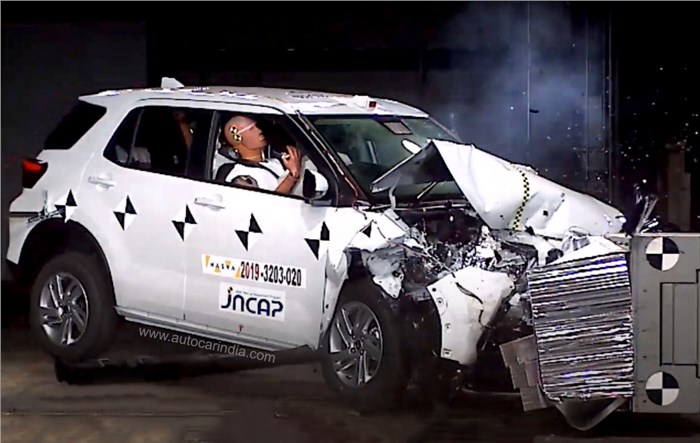 The Toyota Raize and the Daihatsu Rocky have been awarded a 5-star rating in collision safety by the Japan New Car Assessment Program (JNCAP). The crash test rating is the highest that can be given to a vehicle – the Raize was given this rating by scoring 85.7/100 points in the crash tests, where it performed exceptionally well in the front and side impact tests. By scoring 73.6/141 points in the preventative safety performance test, the Raize was given a ASV++ rating, which is the second highest possible. It scored well in the lane-keep and rear-view monitoring tests.

What is the relation between the Toyota Raize and Daihatsu Rocky?

Toyota and Daihatsu co-developed the sub-four-metre Raize and Rocky SUVs. Both use the flexible DNGA platform, which is essentially a low-cost version of Toyota’s modular TNGA platform meant for emerging markets. This means the Daihatsu Rocky features the same dimensions, platform and even engine-gearbox options as the Toyota Raize. Hence, the safety rating is applicable to both models.

What is the difference between JNCAP and Global NCAP?

One of the big differences is that the JNCAP only tests cars available in the Japanese Domestic Market (JDM), while the Global NCAP (GNCAP) tests cars from various emerging markets to improve cooperation between the different NCAP agencies. Another difference is that every New Car Assessment Program (NCAP) has its own protocols for conducting crash tests and awarding points, hence the results are not interchangeable. Still, achieving the highest rating of 5 stars bodes well for any car.

How is the Toyota Raize relevant to the Indian market?

It is no secret that for a while now, Maruti Suzuki has wanted to add a midsize SUV to its range to rival the Hyundai Creta. We confirmed late last year that Maruti Suzuki, in partnership with Toyota, will introduce a midsize SUV in our market, to do just that. This SUV will be based on the same DNGA platform as the Toyota Raize. Though unlike the Raize, which is a sub-four-metre model in terms of length, this new SUV will be around 4.3 metres-long, which is in line with other midsize SUVs in India, from the Creta and Seltos to the Kicks and Captur.

Toyota Fortuner facelift likely to be unveiled on June 4, 2020