With these updates, Euro NCAP will be including more active safety technology tests, while adding a new ‘Compatibility’ impact test. 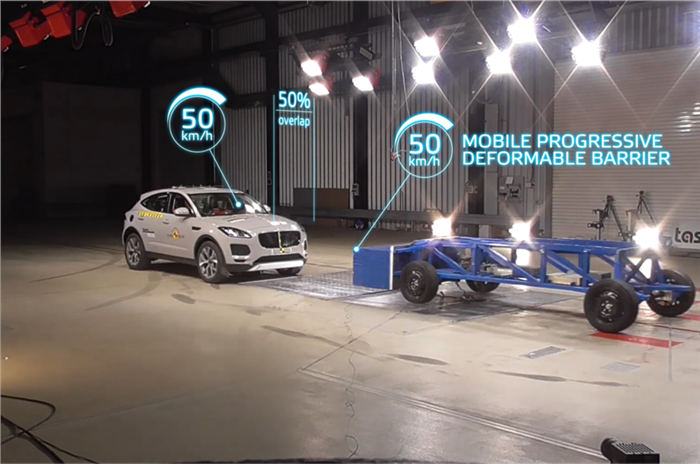 Euro NCAP has overhauled its testing regime for 2020, with the introduction of new methods to assess crash safety and active safety technology.

Described as “the biggest change to Euro NCAP’s impact testing protocols in a decade” by Thatcham Research director and Euro NCAP board member, Matthew Avery, the new regime will be introduced later this year.

The first key change is the adoption of a new “Mobile-offset Progressive Deformable Barrier”, meaning there are now two moving elements to a head-on collision test. Intrusion to both, the vehicle and barrier will be measured. The idea, Avery says, is to “encourage makers of larger vehicles to share some of the burden of the impact with smaller vehicles.

“Historically, SUVs and other big cars have offered very good protection to their occupants. However, the smaller vehicles they sometimes crash into don’t fare as well. In the new compatibility test, if the larger vehicle is too stiff for an impact scenario, it will be penalised accordingly.”

An advanced new crash test dummy – dubbed THOR (Test device for Human Occupant Restraint) – has also been introduced. It is said to more closely represent a human, and Avery describes it as “far more complex and sensitive and can record abdominal injuries”.

Side impact testing will also now consider the movements of all occupants, and not just those closest to the impact, checking airbags installed in centre compartments.

Finally, Euro NCAP will consider post-crash safety, looking at which cars provide accurate information to emergency services in the event that the vehicle needs to be cut open to gain access.

As with previous changes to the testing and marking protocol, Euro NCAP cautions against comparing the newly tested cars with rivals that have undergone the older, theoretically easier tests.