All-new compact SUV will also be sold as Toyota Raize in international markets. 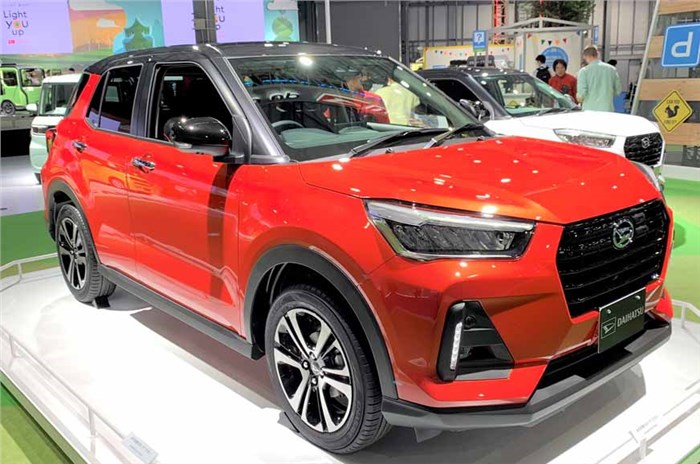 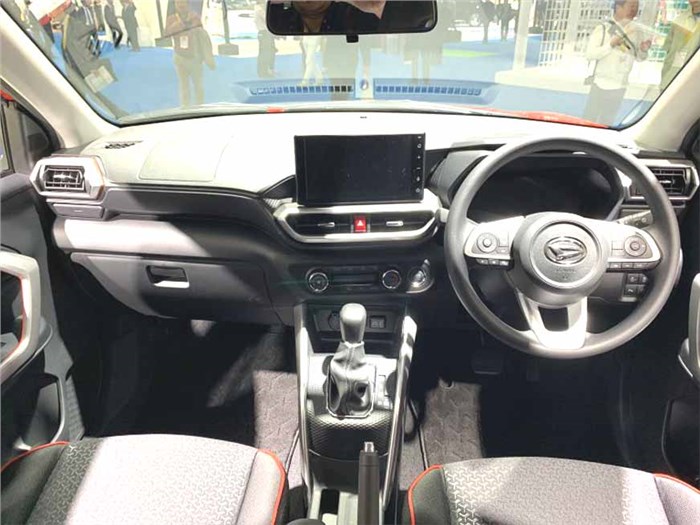 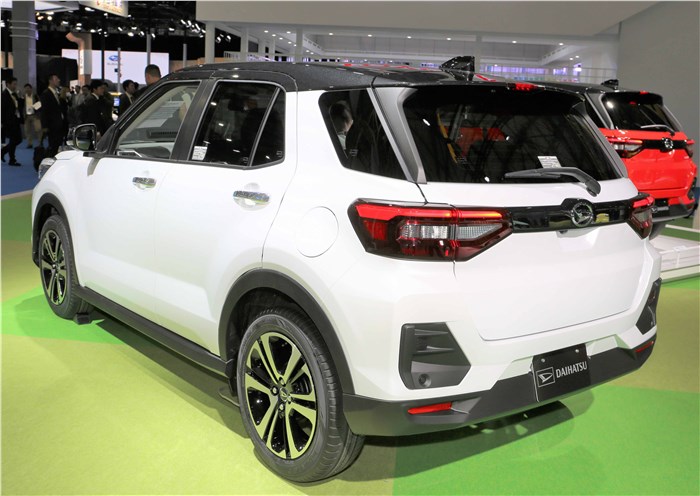 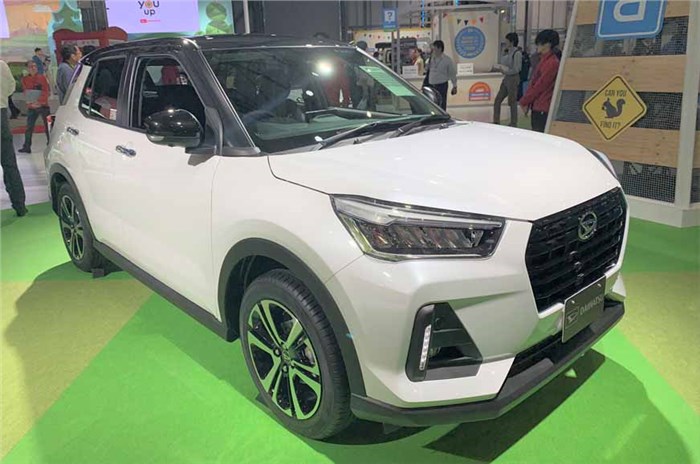 Toyota’s sister brand, Daihatsu, has taken the covers off the production-spec Rocky compact SUV at the ongoing Tokyo Motor Show 2019. This new SUV will be sold as the Toyota Raize in some international markets as reported by us a few days ago. The production version of the new SUV is based on the DN Trec concept that was unveiled in Tokyo back in 2017.

The production-spec Daihatsu Rocky gets altered styling from the concept but has a similar silhouette. At the front, it gets a large hexagonal grille with triangular inserts for fog lamps placed at each corner. There are wraparound headlamps with chrome bits and LED inserts, which give the compact SUV a premium look. The LED daytime running lamps are placed at each corner next to the triangular fog lamp housings.

The Rocky gets chunky 17-inch multi-spoke alloy wheels and has body cladding running along the sides, from the front to the back, including over the wheel arches, and that adds to its butch SUV look.

At the back the SUV is a very distinctive styling, with horizontally placed wraparound tail-lamps with LED inserts that are connected by a thick chrome bar. It also gets a floating D-pillar that’s similar to the one seen on the much larger Toyota Fortuner SUV. It gets a tall bumper, with thick cladding lower down and unique contrast-black inserts that mimic the styling of the front bumper. The tailgate gets a clean look as the license plate is mounted on the bumper.

On the inside, the SUV gets a stylish dashboard design in a single-tone grey shade, with subtle faux brushed-aluminium bits on the AC vents and steering wheel. The SUVs centre console is slightly tilted towards the driver and gets a freestanding infotainment screen, which seems to be an 8.0-inch unit. It has a pair of trapezoidal AC vents positioned below the screen, followed by knobs for the climate control system. It comes with a chunky three-spoke steering wheel that’s loaded with multiple controls for telephony, audio and cruise-control system.

The new Daihatsu Rocky (Toyota Raize) compact SUV weighs 980kg and measures 3,995mm in length, 1,695mm in height, 1,620mm in width, and has a wheelbase of 2,525mm. The model is based on Toyota’s flexible DNGA platform that is aimed at emerging markets; this platform is essentially a low-cost version of the advanced TNGA modular architecture.

Under the hood, the new Rocky SUV comes with a 1.0-litre, three-cylinder, 12-valve turbo-petrol engine that’s good for 98hp at 6,000rpm and 140.2Nm of torque at 2,400-4,000rpm. It will, initially, be offered with a CVT transmission. Both, the Rocky and Rise SUVs will be available with either a front-wheel-drive or a four-wheel-drive option at launch.

While the SUV’s sub-four-metre length and 1.0-litre engine make it favourable for the ever-growing Indian compact SUV segment, there is no news from Toyota on the Rise making it to our shores. If launched in India, this SUV could be a key rival to the likes of the Mahindra XUV300, Hyundai Venue, Maruti Vitara Brezza, Tata Nexon and the Ford EcoSport.