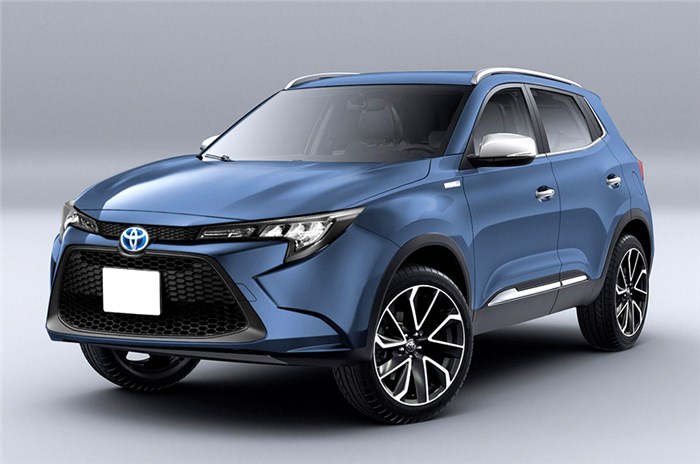 All-new sub-four-metre compact SUV for global markets will also be sold as the Daihatsu Rocky in some countries.

Toyota is set to unveil an all-new compact SUV next month. This new SUV, as reported by us earlier, will be a sub-four-metre vehicle, which the Japanese carmaker has decided to christen as the ‘Toyota Raize’. A badge-engineered version of the same sub-four-metre SUV will be sold by Toyota’s sister brand, Daihatsu, and will be called the Rocky. Both these SUVs are expected to be new ‘global SUVs’ for the Japanese carmaker and will be sold in multiple markets.

The SUVs will be production versions of the Daihatsu DN Trec concept showcased in 2017. While both are expected to have unique styling cues that will adhere to each brand’s design language, there will be fair bit of parts commonality, inside and out. Both models will get rugged front and rear bumper designs, a slightly raised ride height and other elements that will help to complete that muscular SUV look.

Under the skin, the SUVs will be based on Toyota-Daihatsu’s new DNGA modular platform specially designed for emerging markets. The engine will be a 1.0-litre, three-cylinder petrol unit, and there’ll be two- and four-wheel-drive options as well.

Both SUVs will make their world premiere in Japan. Shortly after, it’ll launch in that market to take on Suzuki’s blockbuster Jimny.

Dimension-wise, the production-spec Toyota Raize and Daihatsu Rocky will, most probably, be similar to the concept – at 3.98 metres long, it is about the same size as the Mahindra XUV300, Hyundai Venue, Ford EcoSport and the Tata Nexon, which are all sold in India.

While the engine and dimensions of the new Toyota Raize make it seem like a strong product from Toyota for India, there is no news of this SUV making it to a Toyota showroom near you.

The company does have a strategic alliance with Maruti Suzuki and will be introducing a slew of rebadged products in India; the first – the Toyota Glanza – has gone on sale in June 2019. Other rebadged products in the pipeline for Toyota in India are reworked versions of the Vitara Brezza compact SUV, Ciaz midsize sedan and Ertiga MPV.

Toyota will soon bring its luxury MPV to the country in the coming weeks. Bookings for the Toyota Vellfire have already begiun at select dealerships.

Do you think Toyota should bring the Raize to India? Let us know in the comments below.

Discounts of up to Rs 2.2 lakh on Toyota Corolla Altis, Fortuner, Innova