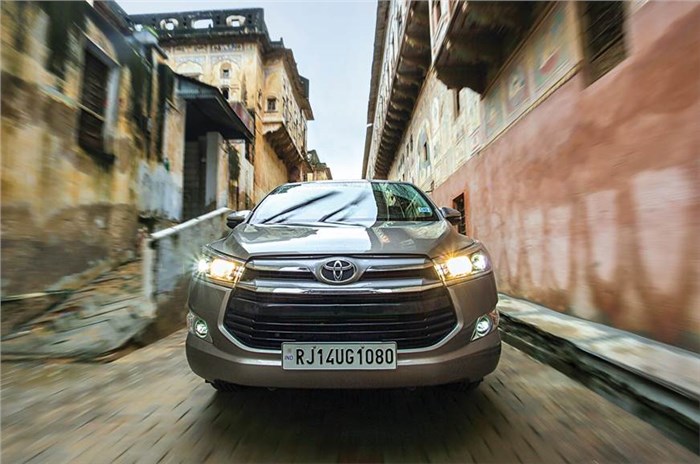 UPDATE: Toyota Kirloskar Motor has now announced that over 290 dealerships and close to 230 service outlets are partially operational across the country. Production of models such as the Innova Crysta and Fortuner have also commenced.

Toyota is the latest car manufacturer in the country to announce a partial reopening of its manufacturing and retail operations. Adhering to the advisory issued by the government, Toyota has reopened 171 dealerships and 146 service centres across the nation.

The selected dealerships will practice social distancing and will have only the government-prescribed percentage of employees in the premise at any given point.

Toyota has also started operations at its manufacturing facility in Bidadi, Karnataka from May 5, prioritising spare parts and supply initially. The full-scale operation of the plant will be resumed in a phased manner. Furthermore, the company has laid out new guidelines to ensure the safety of its workforce at the plant.

Toyota says that 75 percent of its suppliers have already received the go-ahead from the authorities to resume operations, with the remaining suppliers expected to get the necessary permissions soon.

Speaking about the matter, Masakazu Yoshimura, MD, Toyota Kirloskar Motor said, “As we gradually recommence operations, we are ensuring the safety and wellbeing of all our stakeholders while simultaneously safeguarding business continuity. Keeping in mind the directives prescribed by the government as well as the resumption challenges, we have devised certain restart guidelines which will further guide our partners and the industry through the ‘new normal’, adjusting to the new norms and the changes brought along with this crisis.”