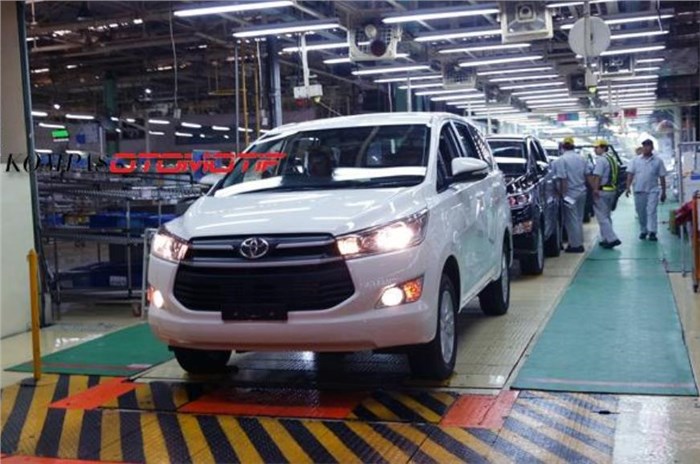 In a statement issued yesterday, Toyota Kirloskar Motor has announced that it has commenced preparatory operations at its 3,10,000-units-per-annum manufacturing plant in Bidadi, Karnataka. These operations will prioritise domains like spare parts supply and will include training of manpower in accordance with the new guidelines developed by the company for ensuring a safer working environment through social distancing and sanitisation. Consequently, operations in the plant will resume in a phased manner.

Commenting on bringing the factory back online, Naveen Soni, senior vice-president, sales and services, Toyota Kirloskar Motor, said, "We thank the government for the permission granted to the industries in rural areas to start operations. As a responsible corporate, TKM places highest priority to the safety and well-being of our employees and other stakeholders and will continue working in concurrence with the State and Central Government’s directives. TKM intends to restart operations at the earliest. With the inputs from various stakeholders, including the government agencies, we have released a detailed 'Restart Manual'.

"The challenge that lies ahead of us is the fact that for the auto sector to start production, it is necessary that our entire value chain starts operating. Our value chain consists not only of our suppliers, but our dealers as well who are based in different parts of the country, including cities that are still under severe lockdown.”

In the coming months, Toyota will introduce its Urban Cruiser compact SUV that’s based on the Maruti Suzuki Vitara Brezza.