With the Etios gone, Toyota sees potential in the Yaris to cater to a commercial audience. 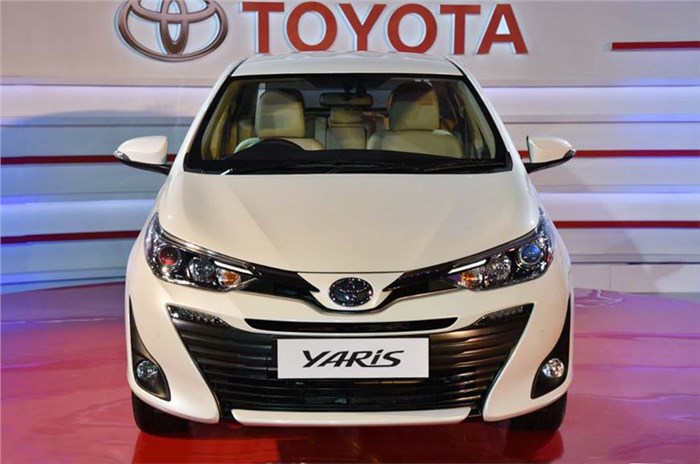 Ever since it made its market debut back in 2018, the Toyota Yaris has largely been on offer for private buyers. Its potential as a fleet vehicle was hampered by the lack of a dedicated commercial variant – factory-fit with a speed-limiting function. However, the status quo is about to change, with the Japanese automaker focusing on ramping up sales for what is now essentially its only mass-market sedan offering in the country. The company is gearing up to introduce a new fleet variant of its midsize sedan in the coming months.

During a recent #LiveWithAutocar session on Instagram, Naveen Soni, senior vice president, sales and customer service, Toyota Kirloskar Motor, elaborated on the company’s strategies to broaden horizons for the Yaris. He said, “There are different segments that open up as the market opens up. So, from that point of view, how do we get more segment-associated features added or deleted? Maybe make it more attractive for the taxi customer; because while the Etios is not there, we have the Yaris to offer for that customer. Very soon, we should be looking at the possibility of a specced-down Yaris.”

Toyota’s decision to pull the plug on the slow-selling Etios, which was also available in a commercial version, has presented a viable business case for the company to find a fleet replacement in the Yaris. At present, the Yaris is offered in seven variants for private customers. At Rs 8.76 lakh (ex-showroom, Delhi), the entry-level J (Optional) trim gets kit including projector headlamps, a cooled glove box, a height-adjustable driver's seat, remote locking, all-round power windows, power adjustable wing mirrors, a rear armrest, split rear seats and three airbags. The company is looking to pare down the equipment list to arrive at a “taxi-suitable, low-spec model”.

The Yaris is powered by a 107hp, 1.5-litre petrol engine. It is safe to assume Toyota would offer the base-spec trim with a manual gearbox only to keep pricing to a minimum. Additionally, it could also look at a CNG version for fleet operators.

Though the taxi variant will increase its market penetration, Toyota is doubling down on the Yaris in more ways than one to boost sales. Soni explained, “We have been consciously looking at how to make sure that the Yaris comes in the consideration set (of potential buyers). The most important thing that we realised is that when the BS6 transition happens, if diesel is not available, which probably most of the competition may not be able to offer because of the BS6 transition, then 40 percent of the segment becomes available for somebody to look into.”

The automaker is leveraging this untapped market potential by introducing numerous aggressive finance schemes. It even launched a mild update for the Yaris last year to rationalise the product range. And the company believes the market to be responding well to its initiatives; the Yaris registered sales of 1,267 units in the first two months of this year, which marks a year-on-year growth of 83 percent.

While the lack of a diesel offering might have put the Toyota at a disadvantage earlier, the switch to BS6 has ensured it a more even footing. Of its competitors, only the Hyundai Verna and soon-to-be-launched fifth-gen City will boast a diesel model. Maruti Suzuki Ciaz, Skoda Rapid and Volkswagen Vento have recently shed their diesel offerings.

Only time will tell if Toyota’s decision to step into the fleet segment with the Yaris pans out as intended, though the company will have to be careful not to develop a taxi image, pushing private buyers away.