SUV will be a made-for-India model; will sport boxy design and upright stance that India buyers associate with SUVs. 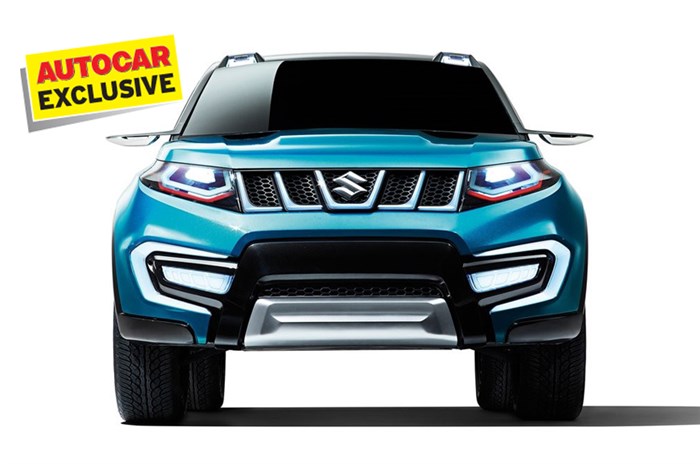 In nearly every segment of the Indian car market that Hyundai competes in, there’s a Maruti Suzuki offering ready to fight it tooth and nail for market share. The new Wagon R is primed to turn up the heat on the new Santro, the Baleno has consistently beaten the i20 and the Vitara Brezza already dominates the space that the soon-to-be-launched QXi will enter. But if there’s one segment where Maruti Suzuki does not have an answer to Hyundai, it’s in the midsize SUV space, where the Creta has reigned for a long time. It’s a lucrative segment, and Maruti Suzuki is preparing to hit back with an all-new, made-for-India SUV of its own.

In an interview with Autocar India, Kenichi Ayukawa, MD and CEO, Maruti Suzuki, confirmed the company is currently evaluating a bigger SUV that will slot in above the Vitara Brezza and take on the Hyundai Creta. “We are studying that type of vehicle, a big-size SUV. We are discussing here and in Japan to see whether we can develop it,” Ayukawa said.

Expected to be loosely based on the next-gen Vitara, this new Maruti Suzuki SUV will be larger (expected to be around 4.3 metres long). Something Maruti Suzuki learned (with the crossover-like S-Cross) and executed to perfection (with the Vitara Brezza) is the fact that Indians like their SUVs upright and imposing, and this new Creta rival will have a boxy and muscular shape, with an upright stance that’ll give it the presence it needs.

Powering this new Maruti Suzuki SUV will be two BS-VI-compliant engine options – a new 1.2-litre, turbocharged petrol engine, and the company’s new, in-house-developed, 1.5-litre diesel engine, which will be introduced in other models next year onwards. Maruti Suzuki studied the prospect of offering the Ciaz’s new 1.5-litre petrol engine with this SUV, but dropped the idea in favour of the 1.2 turbo-petrol. “SUVs of this size need to have strong mid-range performance, which only a turbo-petrol engine can provide”, said a company source.

Returning to a higher segment, Maruti Suzuki is likely to retail the SUV from its premium Nexa outlets and will also equip this new model with all the features and safety equipment that other SUVs in this segment offer. What remains to be seen is whether the company will also ready a seven-seat version of this new SUV, seeing as Hyundai is set to offer a seven-seat option with the new Creta.

This new Maruti Suzuki SUV is expected to be launched by mid-2020, ahead of the arrival of the next-generation Creta. When it goes on sale, the Maruti Suzuki SUV will also have the Tata Harrier, and MG and Kia’s SUVs to contend with.

What do you think would Maruti Suzuki’s SUV need to beat the Creta at its own game? Let us know in the comments.