Maruti to keep diesel option on the table despite falling popularity of the fuel type. 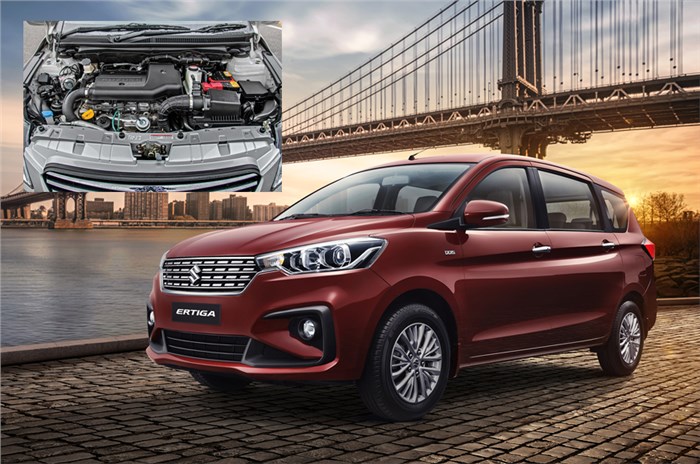 The 1.3-litre Fiat-sourced diesel (inset) will be discontinued in 2019.

While there had been murmurs that Maruti and Suzuki had shelved the development of the new 1.5-litre diesel engine, we have learned that the engine programme remains on track. The in-house engine will become Maruti’s diesel engine of choice in India from 2020 onwards when BS-VI emission norms kick in. The current 1.3-litre diesel from Fiat will be not be upgraded to meet the new emission norms and will be discontinued in 2019. Maruti officials have already stated that production of all BS-IV models will stop by December 31, 2019.

Suzuki is said to have struggled with refinement on the new 1.5 engine for long but NVH isn’t the only problem here. The reduced customer interest in diesels in general has turned out to be a big concern. As it is, diesels have received a lot of bad press off late and the ever-shrinking gap between petrol and diesel prices has also hurt the latter fuel’s popularity. To compound matters, diesels are set to become a whole lot more expensive. The hardware required to allow diesels to meet BS-VI emission standards is costly and would significantly jack up the prices of a car.

Maruti officials have gone on record to say that the price differential between a BS-VI petrol version and a BS-VI diesel version of the same car could rise to Rs 2.5 lakh from the existing Rs 1 lakh. The NGT order that requires the scrapping of diesel cars older than 10 years is another issue. Speaking to Autocar India, Kenichi Ayukawa expressed his concerns “We are readying the 1.5-litre diesel but the point is that how much are people expecting to run them? Because right now after 10 years buyers have to scrap diesel models. Under these condition are people expected to buy diesel or not? Depending on, that we have to consider our diesel business.” In his interaction Ayukawa also spoke of hybrids as a “replacement for diesels in the future”.

In Conversation with Kenichi Ayukawa, MD and CEO, Maruti Suzuki

Do you expect a pull from the customer for the first lot of EVs?
We have already committed to the launch of an electric vehicle but we have not yet decided how much volume. In the case of electric vehicles, we need to totally re-arrange the infrastructure. If those kind of arrangements are not yet completed, it is very difficult to expand the business for electric vehicles.

Would Maruti also setup EV charging infrastructure?
It is necessary that we do it because if we are selling the electric vehicle, we have to arrange the infrastructure for the customer.

Maruti doesn’t have a rival to the Hyundai Creta. Could the international Vitara be the model for the job?
We are studying that type of vehicle, a big-size SUV. We are discussing here and in Japan to see whether we can develop it.