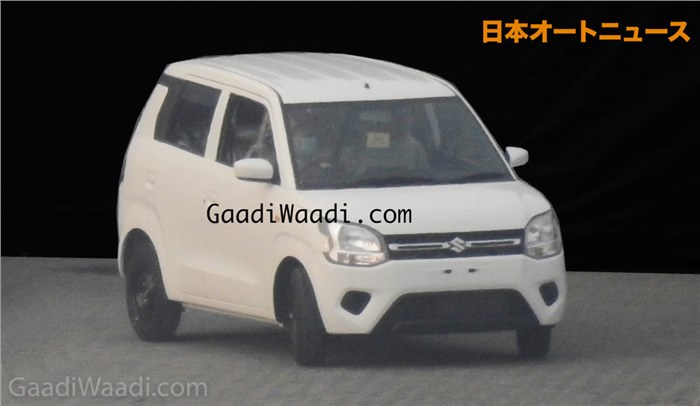 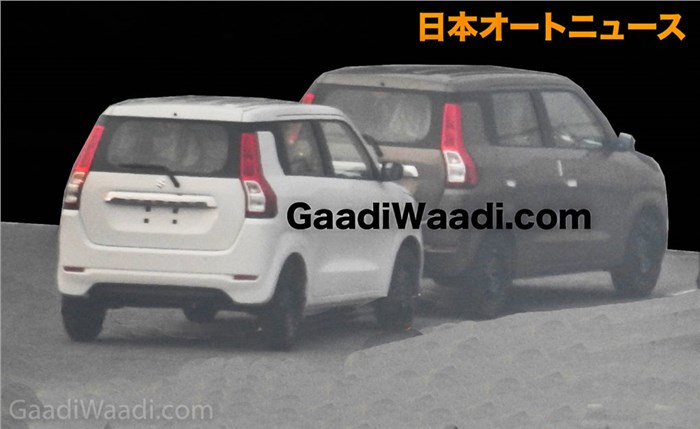 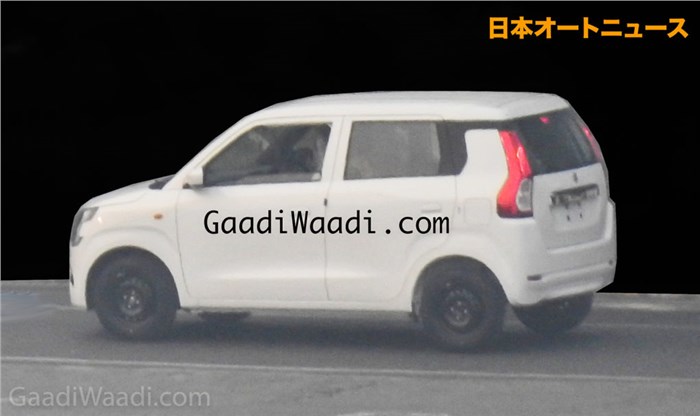 What you see here are images that show the all-new 2019 Maruti Suzuki Wagon R in full, well before its official reveal on January 23, 2019.

What’s immediately clear is that the Wagon R for India is quite different to the one on sale abroad, as has also been the case in the past. While Maruti’s popular hatchback sticks to the high roof ‘tall boy’ silhouette, the styling is quite different to what we are used to. Up front, the new Wagon R gets wraparound headlamps which are curved towards the grille and also get distinctive kinks on the far ends. The grille is simple and trademark Suzuki, with a large logo sitting at the flanked by a chrome strip. A simple bumper with angular housings for fog lamps can also be seen in the pics.  The model spied seems to be mid-spec V trim and hence does not get fog lamps.

Moving on to the sides, the new WagonR looks longer than before however the slab-sided appearance still remains.  According to sources, additional legroom for the second row along with reclining seats can be expected. The latest Wagon R also gets a floating roof design similar to that seen on the Ertiga, along with subtle creases to the front and rear fenders and doors, which make the overall styling more appealing. At the back, the Wagon R gets much larger tail-lamps which are now mounted high up the C-pillar, helping give the hatchback a more crossover-like look.

The new Wagon R is expected to continue to be based on the outgoing model's platform, which will be tweaked to clear the latest crash test norms. The current 1.0-litre, three-cylinder petrol engine will continue as well, albeit tuned for better refinement. Also likely to be offered right from launch are an AMT auto gearbox version as well as a CNG-powered one.

There is buzz that the Wagon R will get many features for the first time to compete with newer rivals. Maruti is likely to include the SmartPlay touchscreen infotainment system on fully-loaded versions. A driver’s side airbag and reverse parking sensors as mandated by law from April 1, 2018 will also be part of the equipment list.

The Wagon R has been a fixture on the best-sellers list in India. You can bet Maruti will hope to keep it that way with the new model. The new Wagon R will compete with the Hyundai Santro, Datsun Go and Tata Tiago among other models. Expect pricing to be competitive and in the Rs 4-6 lakh (estimated, ex-showroom) bracket.

Like what you see? Let us know in the comments section below.