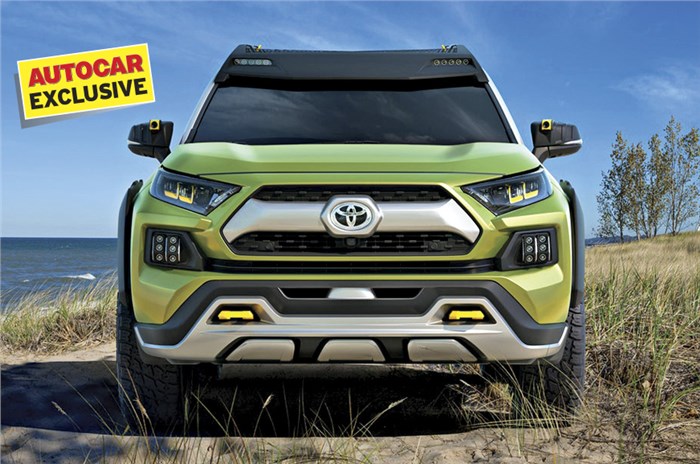 Maruti Suzuki has long eyed a slice of the pie in the high volumes midsize SUV segment in India, and we can now confirm that the model in question will be co-developed with partner, Toyota. Maruti and Toyota’s SUVs will be built on Toyota-Daihatsu’s DNGA modular platform that is designed for emerging markets. The first SUVs built on the platform – the Daihatsu Rocky and Toyota Raize – made their Japanese debuts recently. However, while the Rocky and Raize are sub-4m in length, the midsize SUVs for India will be closer to 4.3m long. For reference, the outgoing Hyundai Creta measures 4,270mm long while the Kia Seltos extends the tape to 4,315mm. 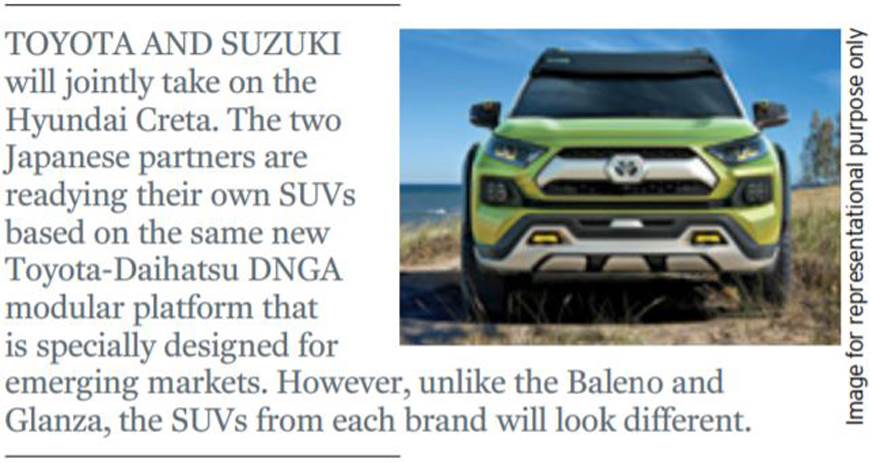 Our confidential that revealed this development. Published in the November 2019 issue (Pg 25).

Toyota and Suzuki’s SUVs will share their underpinnings but will wear different ‘top hats’, and styling will conform to their respective manufacturer’s templates. An upright stance, large wheel arches and wheel sizes of up to 17 inches are expected to be common design points. The popularity of the Vitara Brezza’s conventional SUV proportions is sure to have convinced Suzuki and Toyota’s designers to stick to the norm. As for the interiors, there will be differences but certain components will be shared between the two SUVs.

There is no word on engine options for the moment but the 1.5-litre petrol engine with mild-hybrid tech could provide motive power. Manual gearboxes will be standard and automatics will also be available.

The SUV will be a fairly premium product for the carmakers, and it is more than likely Maruti will retail it from its upmarket Nexa outlets. If Maruti and Toyota get the SUV right, they could really shake up the midsize SUV segment.