Toyota Fortuner prices hiked by up to Rs 1.10 lakh 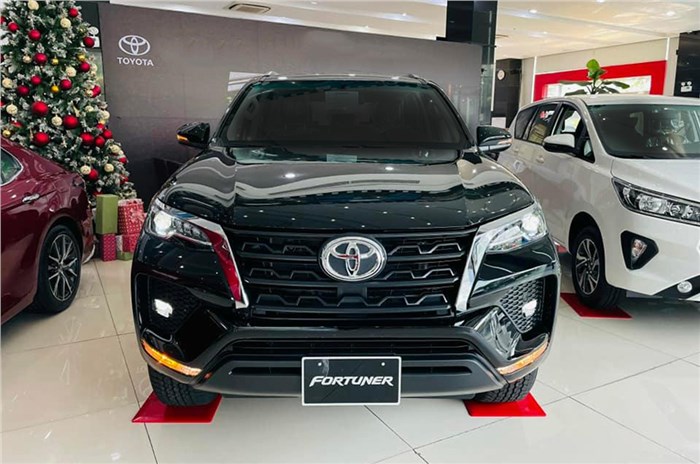 This is the third price hike for the Fortuner since the facelift was launched early last year.

The Toyota Fortuner has just received a range-wide price bump, varying from model to model. This is not an uncommon practice, as many carmakers use the new year to revise the prices of their line-ups to counter the increasing input costs. This is however, the third price hike for the Fortuner facelift, as the first came in April last year and the second came in August.

Toyota Fortuner facelift, Legender: how much has the price increased?

As you can see from the table above, prices of both the petrol and diesel 4x2 variants of the Fortuner have been increased by Rs 66,000, while, the 4x4 variants have witnessed a price hike of Rs 1.10 lakh. Interestingly, prices for both the 4x2 and 4x4 variants of the Fortuner Legender have also been hiked by Rs 1.10 lakh. The increase in prices has not been accompanied by any change to the features list of the Fortuner. As stated above, the hike is mainly Toyota’s way of countering increasing raw material costs.

Powering the Toyota Fortuner facelift are a set of 2.7-litre petrol and a 2.8-litre diesel engine. The petrol engine develops 166hp and 245Nm and is available with a 5-speed manual or a 6-speed automatic. The diesel on the other hand, churns out 204hp and 420Nm when paired to the 6-speed manual, with the torque figure rising to 500Nm when mated to the 6-speed torque convertor automatic gearbox.

The Japanese carmaker is gearing up to introduce the Hilux pickup truck in our market later this month, with bookings already unofficially open. Besides this, Toyota is also expected to launch the Belta – the Maruti Suzuki Ciaz-based replacement for the Yaris – and the Rumion (Maruti Ertiga-based MPV) in the coming months.

What do you think of the Toyota Fortuner's updated pricing? Let us know in the comments below.