Launched in April 2016, the Tata Tiago has consistently racked up impressive numbers on the sales charts; Tiago facelift in the works. 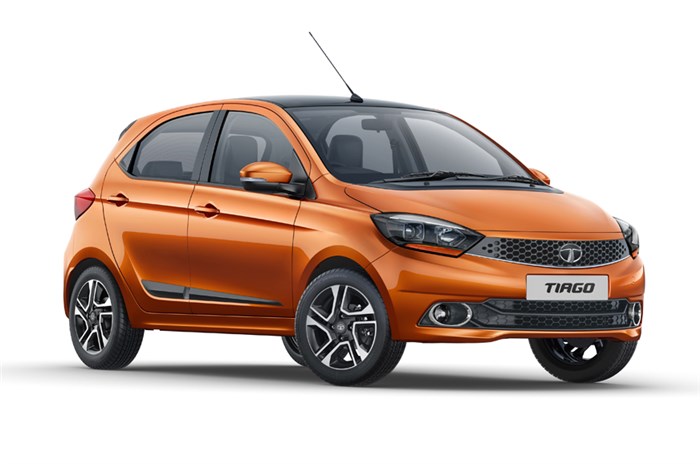 At one point in time not too long ago, it seemed the only way for Tata Motors to go was down. The company was stuck in a rut, but since then, it has staged a remarkable turnaround to strengthen its position in the market. One of the products that has led the company’s resurgence is the Tiago. The first in a wave of new-generation models, the Tiago impressed hatchback buyers with its likeable traits, and that has showed in its sales performance. Now, the Tata Tiago has crossed the 2 lakh sales milestone.

Launched in April 2016, the Tata Tiago first crossed the 1 lakh sales milestone having been on sale for 19 months, in October 2017. Reaching the 2 lakh sales milestone didn’t take as long – Tata sold another 1 lakh examples of the Tiago between November 2017 and December 2018, or in just 14 months. Of the over 2 lakh Tiagos sold till date, over 1.7 lakh units have had a petrol engine, showing that more Tiago buyers are choosing the petrol option over the diesel.

What has helped the Tiago’s cause is Tata’s focus on constantly rolling out new variants and updates. Special editions aside, Tata introduced three fresh variants of the Tiago in 2018 alone – the crossover-themed Tiago NRG, the performance-oriented Tiago JTP and the range-topping, fully-loaded Tiago XZ+.

The standard Tata Tiago gets two engine options - an 85hp, 1.2-litre petrol and a 70hp, 1.0-litre diesel. The Tiago petrol can be had with a 5-speed manual or a 5-speed AMT; while the Tiago diesel only gets a 5-speed manual transmission. The Tiago is available in a total of 22 trims, which are priced between Rs 4.20-6.49 lakh (ex-showroom, Delhi). Tata is known to be working on the Tiago facelift, which will introduce styling changes and more safety equipment.

What do you think has been the major contributor towards the Tata Tiago’s sales success? Let us know in the comments.