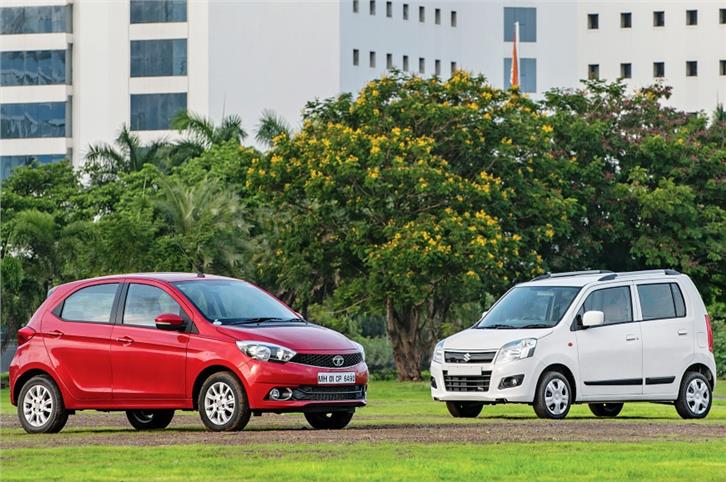 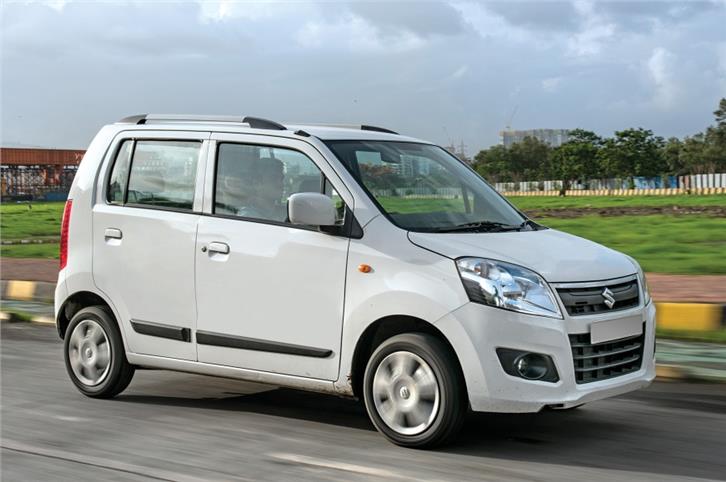 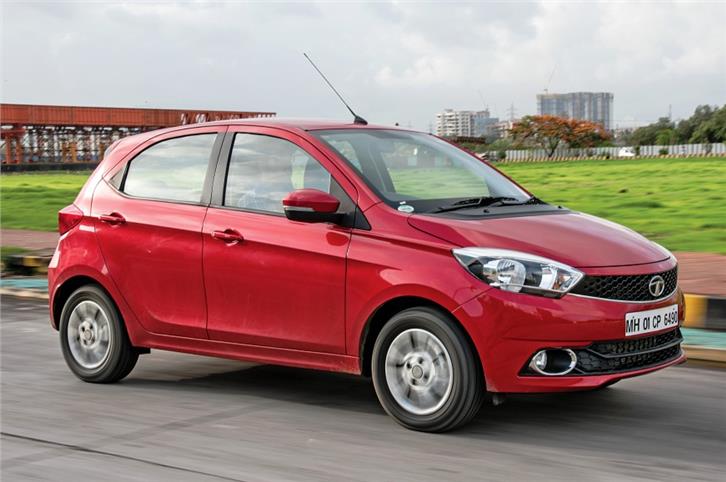 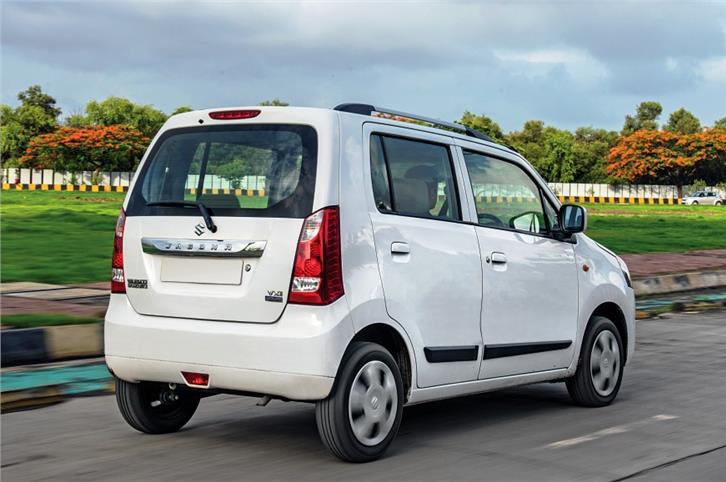 For a small car buyer, convenience and practicality are of utmost importance. So is the new Tata Tiago AMT a match for the Maruti WagonR AMT?

The Tata Tiago and Maruti WagonR are affordable hatchbacks that score well for practicality. Both cars are offered with an automated manual transmission (AMT) to make them easy to drive in urban surroundings as well. We pit the Maruti and Tata against each other to find out which one delivers the goods.

Performance and refinement
Powered by an 85hp, 1.2-litre, three-cylinder engine, the Tiago AMT is jerky to drive at low engine speeds. The five-speed AMT shifts to a higher gear very early on and isn’t very willing to downshift either. So, more often than not, when you put your foot down, nothing happens. There’s a Sport mode which improves the car’s responsiveness and here it feels a lot nicer to drive.

The WagonR’s 67hp, 1.0-litre, three-cylinder engine may be significantly down on power but is actually a lot more responsive and smoother, and it also feels more eager to rev. With the WagonR being lighter than the Tiago by 129kg, it’s also quicker to 100kph by nearly 2sec. The five-speed AMT here is more sorted than the Tiago’s and responds well to accelerator inputs. In comparison, however, there are a few more ‘head nods’ (jerkiness that causes your head to nod) during gearshifts, and a lot more vibrations in the cabin at idle.

Ride and handling
The Tiago’s suspension is supple and it irons out road imperfections really well. The ride remains flat and composed at all times. Show this car a corner and, though there is some body roll, it feels willing to change direction and inspires confidence. Even the steering is nice, light and consistent throughout and weights up well with speed. The brakes offer good bite and feel as well.

At slow speeds, the WagonR is quite comfortable over bad roads and smaller bumps are tackled quite well. However, while going faster or over deeper potholes, it does hop around quite a bit due to the suspension. Also, being 1.7m tall, the Maruti does tend to suffer from body lean while taking corners fast and the steering feels quite vague in comparison. So, it is alright in town, but certainly not on the highway.

Interiors
The quality of plastics and materials in most areas of the Tiago’s cabin are very impressive. In fact, the textured materials on the dashboard and knitted roof liner feel so premium, they can easily pass muster in a more expensive car. Even the steering feels great to hold. Also, there are plenty of clever cubbyholes for storage. The black and grey colour theme, however, makes the cabin feel a bit dark.

The quality of materials and plastics in the WagonR feels very basic and the design is pretty old school. Also, the cabin has poor insulation, which makes it very noisy inside. However, the beige and black theme, fabric inserts on the door and the silver accents do lift the cabin’s appeal to some extent. A big plus on the WagonR are the high-set seats that make getting in and out of the car easy and also provide excellent visibility all around.

Space and practicality
The front seats on the Tiago are really well-shaped and supportive; cushioning, though, is a bit soft. At the rear too, the seat is designed well and there's good legroom and knee room. The Tiago is wider than the WagonR, so it can accommodate an occasional third rear passenger. There are several practical storage areas in the cabin, including bottle holders and luggage hooks. Also, at 242 litres, the Tiago has the larger boot.

The WagonR’s front seats are flat and aren’t really supportive. Even the rear bench is without any contours. Still, space in the cabin is huge and it has a lot more legroom and headroom than the Tiago. Storage areas are also aplenty with twin gloveboxes, cubbyholes and a unique storage compartment under the front passenger seat. The 180-litre boot is tiny; although the rear seats fold 60:40 for better flexibility.

The WagonR VXi AMT isn’t the top variant and it misses out on several features. What it gets are front fog lamps, rear wiper/defogger, roof rails, speed-sensing door locks, day/night mirror and a music system with four speakers. It is clearly outclassed by the Tata in this department. This variant also gets ABS with EBD and dual airbags for an extra Rs 33,000, and we highly recommend you get it.

Verdict
The WagonR is a spacious, practical automatic hatchback that features a peppy engine and is backed by Maruti’s extensive network. However, the utilitarian interiors, poorly equipped cabin and below average driving dynamics count against it. Also, though easy to drive and practical, the WagonR feels dated now.

The Tata Tiago boasts of a well-appointed cabin, a decent level of equipment and good ride quality. While the automatic hatchback is not entirely smooth to drive and offers relatively less rear seat space, the convenience of AMT makes the Tiago an even more substantial package, making it our choice in this face-off.