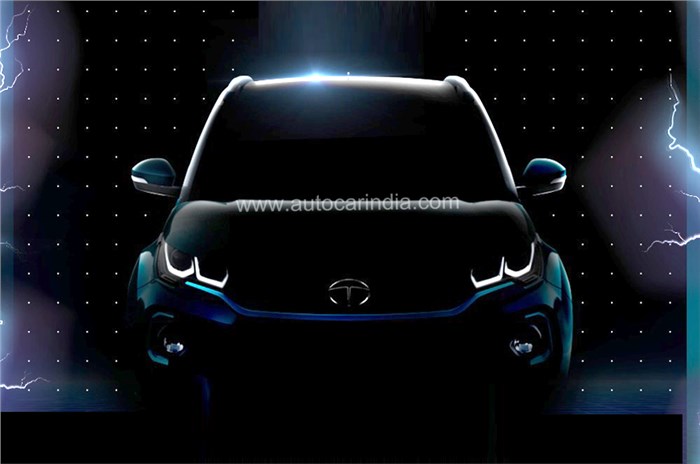 Tata Motors has postponed the world debut of the Nexon EV by two days. The electric SUV will now be shown to the public for the first time on December 19, 2019 instead of December 17, as reported earlier. While the reason for this change of date is not known, the SUV will see a market launch sometime early next year. This is the second time the company has changed dates for the event, which was originally scheduled to take place on December 16, 2019.  Tata Motors will launch the Nexon EV in phases, with the first phase including cities like Mumbai, Thane, Navi Mumbai, Pune, Bengaluru, Ahmedabad, New Delhi, Kolkata and Chennai, as we exclusively confirmed recently. The Nexon EV will also debut the mid-cycle styling update for the e-SUV that will also to be seen on the Nexon's petrol and diesel versions. The teaser revealed shows a slightly different design for the front-end.

The Nexon facelift features a new bonnet and front-bumper design, along with reprofiled fog-lamp clusters, a slimmer grille (which is more like that of the Harrier) and new headlight units with DRLs. These are just some of the visible elements that help differentiate between the pre-facelift and facelift models. Additionally, the revisions will make sure that the compact SUV complies with the latest pedestrian protection norms that will come into effect in October 2020. The Nexon EV will feature the brand's Ziptron EV technology and the e-SUV will most-likely have a 300km range on a single charge.

Expect the Nexon EV to be priced at around Rs 15 lakh (ex-showroom). Sources tell us that at launch, the model will have more than one variant on offer.

The company is also readying market launches for the Altroz premium hatchback and the Gravitas SUV in the coming months.