New details include a claimed 0-100kph time of 9.9 seconds; Tata's ZConnect app to debut on the Nexon EV. 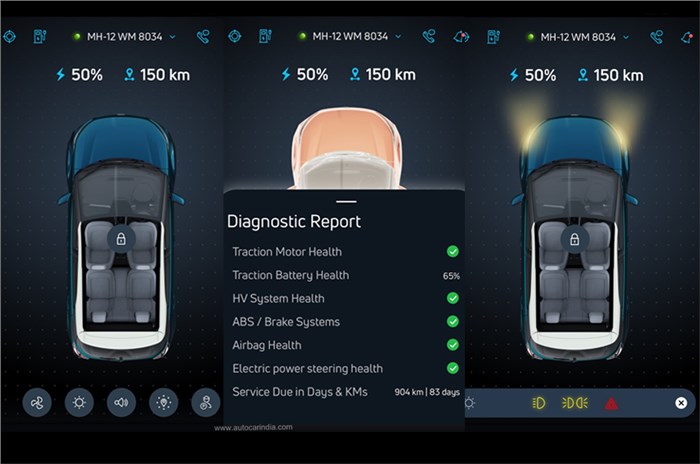 One of the most important new launches from Tata Motors’ vast stable will be the Nexon EV. Slated to see a price announcement later this month, the Nexon EV has been certified for a 312km range by ARAI.  The company had earlier announced that the Nexon EV will have a range of around 300km. As far as performance figures go, the Nexon EV, according to Tata Motors, does the 0-60kph and 0-100kph sprints in 4.6sec and 9.9sec, respectively, making it one of the fastest Tata cars yet. The carmaker also claims a 50:50 front-rear weight distribution, which may also make the all-electric SUV an able handler.

Additionally, the Nexon EV will also come with connected car tech. Tata has revealed that the electric SUV will come standard with a ZConnect app that will have EV-specific features like charge level monitoring, available range and charging history, to name a few. The app will also feature remote commands like pre-cooling the car, remote lock and unlock, lamp control and horn activation.  Furthermore, location-based services like live location sharing, locating the nearest charging station or Tata service outlet and contacting technical support via the app. App-based safety tech will include instant crash notifications and an emergency SOS message, when required. In case of vehicle theft, a remote immobilisation feature is also available via the brand's call centre.

The ZConnect app will also feature vehicle health- and safety-based alerts that can be customised by the vehicle user. It will also feature geo-fencing and time limits, along with instant alerts on the user's smartphone in case of breach. The app will also monitor driver behavior while driving the Nexon EV, with parameters for harsh acceleration or braking, average speed and a few others. Owners will also have the option to share driver score cards via social media or an upcoming in-built community of Tata electric vehicle owners called Tribes. This app (without the EV-related features) is also expected to be seen on the standard Nexon facelift that will launch soon.

Tata is also offering an 8-year/1,60,000km warranty on the Nexon EV's battery and motor as standard on all variants. The battery pack, which is the first of its kind to come out of Tata’s Ziptron EV tech, is AIS 048-compliant, which means it complies with safety tests concerning nail penetration, crushing, fire, overcharge, shock and short.

The Nexon EV is equipped with a 30.2kWh lithium-ion battery – which Tata says they’ve tested for over 1 million kilometres – powering an electric motor that is good for 95kW (129hp) and 245Nm of torque. It gets standard fast-charging capability, and using a DC fast charger (compatible with CCS2) can take the battery from 0-80percent charge in just one hour. However, using a standard 15A AC charger, it will take about 8 hours to attain full charge from 20 percent. It also gets an energy regeneration function that activates during coasting.

Tata Motors will announce pricing for the upcoming Altroz on January 22, the refreshed Nexon range along with the Nexon EV is likely to see a market launch around January 28, and the Tiago and Tigor facelifts will also see a market introduction around the same time period.

At the Auto Expo 2020, Tata Motors is expected to unveil the production-spec micro-SUV based on the H2X concept that will sit below the Nexon. Additionally, the Gravitas seven-seat SUV and the Harrier automatic with BS6 engine are expected to be shown at the event that starts on February 5, 2020.