Here's a rundown of all that we know about Tata’s upcoming micro-SUV. 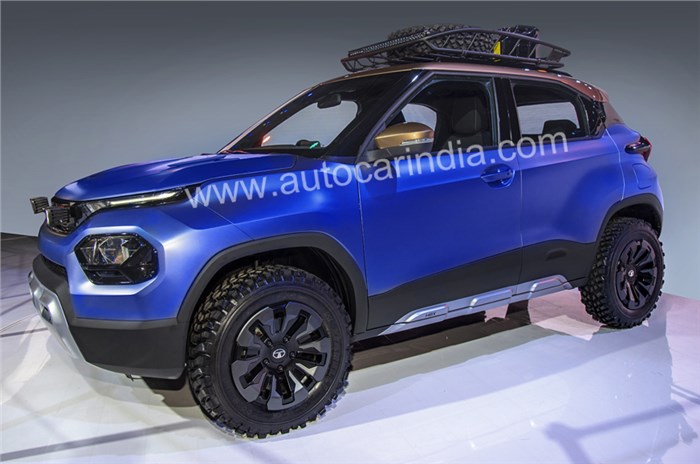 Tata Motors’ Auto Expo 2020 stand had a whole host of SUVs on display, from production-ready models like the Harrier automatic to concepts like the Sierra EV. The manufacturer also previewed its upcoming entry-level SUV, the HBX, in a close-to-production guise. The micro-SUV will slot in below the Nexon in Tata’s SUV line-up. So here’s what we know about the Tata HBX so far.

It’s based on the ALFA platform

Following the Altroz premium hatchback, the HBX concept becomes the second model to be based on Tata’s new ALFA (Agile, Light, Flexible, Advanced) platform. The scalable architecture has been designed with electrification in mind and can span a variety of body styles, including hatchbacks, sedans, and SUVs.

In terms of dimensions, the HBX measures 3,840mm long, 1,822mm wide and 1,635mm tall, and has a 2,450mm-long wheelbase. To put it in perspective, in terms of length and wheelbase, the micro-SUV is roughly the size of the Maruti Swift. It is, however, wider and taller, aiding its SUV credentials.

It will look near-identical to the concept

The HBX has been designed using Tata’s Impact 2.0 design language, and it even borrows some design cues from the larger Harrier SUV. At the front, the HBX features a split-headlamp setup with the main cluster lower down on the bumper, along with the brand’s ‘Humanity Line’ front grille. The HBX has a butch, upright stance thanks to the prominent belt-line along the sides and the squared-out wheel arches. Round the back, there is a prominent crease dividing the tailgate, a raked rear windscreen, and compact tail-lamps with LED elements. The HBX also gets faux front and rear skid plates to complete the SUV look.

At Auto Expo 2020, Pratap Bose, Vice President of Global Design at Tata Motors revealed that the production-spec HBX will look almost identical to the concept that was showcased. “This is what you’ll get in the final car. The concept is about 95 percent of the production-spec model,” he said.

It will come with a petrol engine only

The production-spec HBX is likely to be powered by the 86hp, 1.2-litre, three-cylinder naturally aspirated petrol engine that’s currently under the hood of the Tiago, the Tigor and the Altroz. The unit is expected to be paired with a 5-speed manual and AMT gearbox. There will be no diesel engine on offer due to Tata’s decision to axe all small-capacity diesel engines from its line-up.

It will get an electric powertrain in the future

Following the launch of the petrol-powered HBX, Tata will also introduce an all-electric version of the HBX within the next 2 years. It is likely to be powered by Tata’s Ziptron EV technology that made its debut in the recently launched Nexon EV. After the Nexon EV and Altroz EV, the HBX EV will be Tata’s third model to utilise the Ziptron technology.

The Tata HBX micro-SUV is expected to go on sale in late 2020, with prices likely to be in the range of Rs 4.5 lakh to Rs 7.5 lakh (ex-showroom). At this price point, the Tata HBX will be up against the Maruti Suzuki Ignis and upcoming smaller SUVs from the likes of Nissan and Renault.

What do you think about the upcoming Tata HBX? Let us know in the comments below.