Designed with the ALFA architecture in mind, the Tata Sierra could first come with an electric motor. 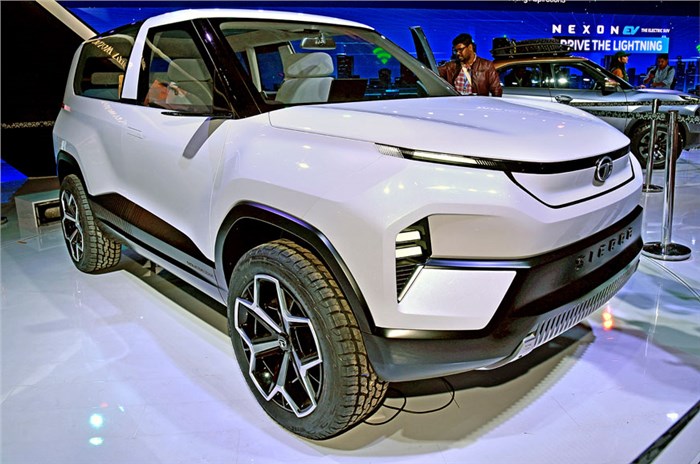 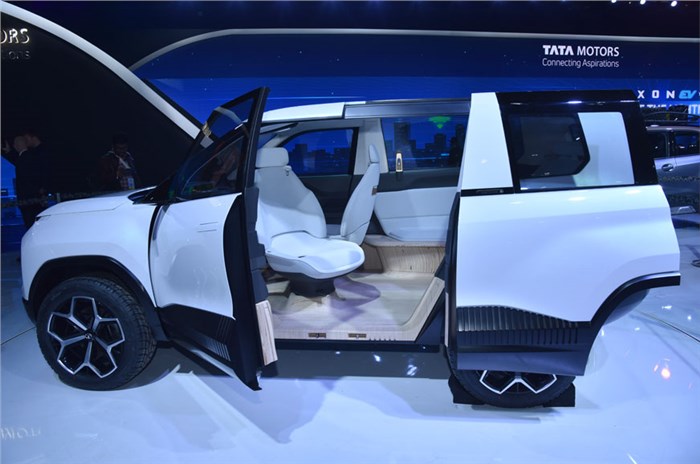 While the Sierra may 'officially' be a concept, the positive reaction received by the show car has set Tata Motors down a path that could eventually lead to production.

Originally initiated as a sort of 75th anniversary celebration for Tata Engineering and Locomotive Company (TELCO) – the forerunner of Tata Motors – the Sierra Concept draws inspiration from the 1991 original pickup-based two-door SUV. This is clear as soon as you see the design in profile, where the iconic window graphic is instantly recognisable. Inspired by a similar DLO (Daylight Opening) of the 1970’s Ford Bronco, the original Tata Sierra was an absolute delight if you were sat in the rear. Getting into the back past the folded front seat was a bit of a struggle, but once you were comfortably seated and stretched out, the limo-like legroom and massive pillar-less stretch of glass made for a unique and very pleasing experience.

Designer Pratap Bose and his team have gone one better on the concept, which now even gets a glass roof; so you now get a 180-degree view out if you are sat on the rear bench. "The project hasn't been green-lighted yet," he says, "but should it make it to production, we will try and stay as true to the concept as possible .... just like we did on cars like the Nexon. That will mean carrying over the big glass area, the glass roof, and, especially, the electric sliding doors."

It's not like Tata will have to start from scratch; the Sierra Concept was always designed with the extremely flexible ALFA platform in mind. Rajendra Petkar, chief technology officer, Tata Motors, in fact, sounds keen to get stuck in.

"In ALFA, we have a fabulously flexible platform, and though this car looks massive, its 4.3m length will allow us to build it on our new platform." The sliding rear door will need some extra effort and Tata could even go with an asymmetric single- door setup. However, as long as costs are kept in check, there fundamentally isn't any reason why Tata can't make the Sierra.

The Sierra would start life as an EV. The compact nose and long wheelbase clearly indicate it is 'born electric', and, as indicated, that's likely to be the primary drive system. Tata, however, is also likely to use its other ALFA platform aggregates, some of which haven't seen the light of day yet. A petrol-hybrid is the obvious second choice and a diesel should logically make its presence felt too; this, after all, is likely to be Tata's Creta rival, and one with the X factor and tremendous emotional appeal.

Bose and his team will, however, have to showcase at least one closer-to-production concept. While translating the exterior design shouldn't pose too much of an issue, lighting elements and other small bits apart, most of the changes are likely to be on the lounge-like interior. The moss on the dash and the swiveling front seat aren't likely to make the cut, but Bose is of the opinion that the seating arrangement can be carried into the production car.

“It's not unimaginable that we'll have only a first and third row for the added legroom and comfort, just as on a London taxi.” A pop-up second row is also something that could be drafted in, the rear bench will have to slide back and forth to allow for a flexible luggage area, and Tata insiders have even hinted that replaceable panels could be used on the car's exterior to add a degree of customisation.

So when can we hope to see the car in Tata showrooms? "This isn't a formal programme yet," says Bose, "but it clearly isn't just a show car either." Our guess is somewhere in 2022-2023.