EVs underpinned by an electric-only Sigma architecture and an electric skateboard will complement ICE adapted Nexon and Tigor EVs in the future. 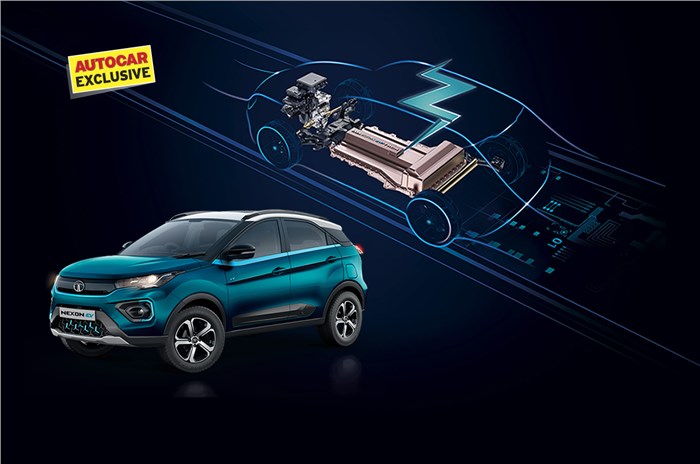 Tata Motors recently spun off its electric vehicle vertical into a dedicated division, dubbed Tata Passenger Electric Mobility Limited (TPEML). Fresh with capital infusion, TPEML has devised a three-platform strategy that will underpin the company’s model line-up for the next decade. These platforms, which include a converted IC (internal combustion) engine platform, a bespoke EV platform and eventually, a skateboard, will be launched in three distinct phases, but work on them has begun parallelly.

The first phase of Tata’s EV strategy kicked off well before TPEML was formed, with the Nexon EV. Rather than develop a radical new EV, which would take years and customers may not be ready for, Tata Motors took the quick and easy-to-market route of a pure conversion of an IC engine car into an EV.

The Nexon’s X1 platform was barely modified and the electric motor and battery pack simply stuffed into whatever space was available. Electrifying a familiar model was also a way to let customers assimilate and adjust to this new technology and come to terms with an EV’s value proposition.

The company has adopted the same strategy for the recently launched Tigor EV, which uses the IC engine model’s X0 platform. And it doesn’t end there.

TPEML is also working on a larger, coupe version of the Nexon EV, based on the same X1 platform. To read more about the Tata Nexon Coupe EV, click here.

While an ICE to EV conversion reduces the time for developing and launching battery electric models, it does come with its set of drawbacks. Since the architecture is originally designed around a combustion engine in mind, space has to be carved out elsewhere in the cabin for a battery pack, without changing the hard points of the vehicle’s structure. This limits the battery size and, hence, the driving range that can be provided.

As such, Tata is developing a bespoke, electric-only ‘Sigma’ architecture for future models. Sigma is the second platform after the Nexon and Tigor conversions. The Sigma platform is, in fact, based on the existing ALFA or X4 architecture (which underpins the conventionally powered Altroz and Punch), but is heavily modified for electrification.

The transmission tunnel has been removed, the fuel tank area modified and the side members have been pushed to the sides to create a flat floor to free up space for a large battery pack. The platform is optimised for electrification, unlike the Tigor’s, where the battery pack has to be split between the fuel tank and the spare wheel area. Hence, Tata Motors is re-engineering the platform around the battery pack to avoid any compromises. As a result, Sigma-based models are likely to be lighter, more energy efficient and more spacious than an IC engine conversion EV.

The Sigma platform will spearhead the second phase of TPEML’s product offensive, including future products like the Sierra EV. Click here for more details on the upcoming Sierra EV as well as its launch timeline.

The third phase for TPEML would be products built on a skateboard, which is a pure EV platform. Unlike the Sigma platform, which has its roots in an IC engine architecture, skateboards are developed grounds-up purely for EVs. This allows designers to fully exploit the architecture to get the best weight and space efficiency. For a given footprint, you get much more interior space and there’s more design freedom as well to create some radical looking cars.

However, Tata Motors feels skateboard-based cars are still a few years away, and will only make sense when the Indian EV market is mature enough to afford and accept this next generation of EVs.

Still, the company is already exploring possibilities, which could include developing its own architecture or buying an existing skateboard developed by an independent supplier. The company is understood to have benchmarked its options against Hyundai’s E-GMP skateboard, which underpins the India-bound Ioniq 5, and considered to be the gold standard today.

A long wheelbase is a characteristic of most skateboards, as they are designed to accommodate as large a battery pack as possible between the front and rear axles. Hence, it is likely that the first product to come off a TPEML skateboard would be a large SUV. This will be a tantalising prospect and would nicely top Tata’s EV line-up.

With other automakers yet to get out of the blocks, Tata Motors is poised to grab an even bigger chunk of the electric car market, which is forecast to grow to two million cars by 2030.

What do you think about Tata’s push into the EV segment? Let us know in the comments below.