All-new Altroz EV will hit showrooms in the next two years; may offer upto 250km range. 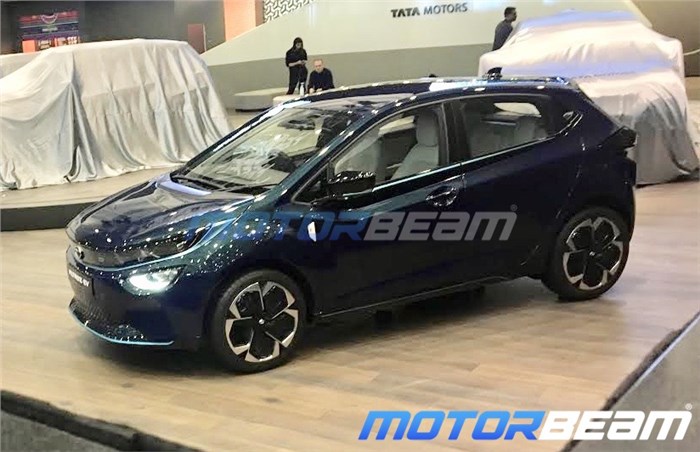 The Tata Altroz EV, one of four world premieres from the brand at the 2019 Geneva motor show, has been leaked ahead of its official reveal. A first leaked image seen online shows the electric hatchback completely undisguised in its motor show avatar.

As seen in the image, the Altroz EV will share most of its underpinnings, body shell and cosmetic bits with the yet-to-be-unveiled, conventionally powered Altroz hatchback. The design is striking with a wide grille, slimmer 'humanity line', a stylish front bumper with large, high-mounted LED lamps, an upswept window line and a strong character line running across its length. The Altroz EV, just like on the standard car, features a pillar-mounted door handle for the rear doors. It also gets chunky dual-tone alloy wheels that accentuate its concept-car looks.

While the Altroz EV is still some time away –  a market launch expected to take place "within two years" – the model on display at the Geneva motor show 2019 will highlight the various electrification possibilities on vehicles underpinned by Tata's Alfa modular platform. Details on the Altroz's EV powertrain are not out yet but we expect the model to have a range of around 250km on a single charge.

Expect more details on the Altroz EV, the Altroz hatchback, Tata H7X and the Hornbill SUV concept in a few hours from now.