Tata has confirmed the seven-seat SUV is 63mm longer and 80mm taller than its five-seat sibling, the Harrier. 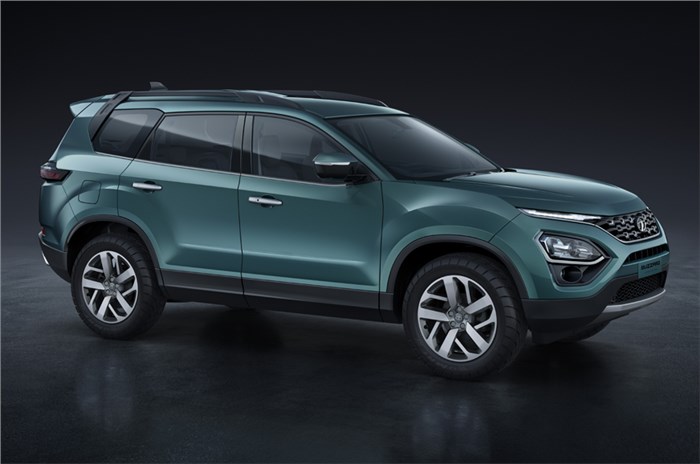 At the ongoing Geneva motor show, Tata has revealed just how big its new Buzzard SUV is by revealing its overall dimensions. Measuring  4,661mm in length, 1,894mm in width, 1,786mm in height and with a 2,741mm long wheelbase, the Buzzard has about 63mm length and 80mm height on its five-seat counterpart, the Tata Harrier – which, incidentally, was showcased at the show as the Buzzard Sport.

The table below shows how the Tata Buzzard compares to the Harrier and its potential rivals:

From the table, one can see that the Harrier and Buzzard share the same wheelbase-length, although the MG Hector is expected to have the longest wheelbase; and correspondingly also has the potential to have the roomiest cabin. The Buzzard is the longest, tallest and one of the widest models on this list, but only by 6mm, 1mm and 4mm, respectively. Contributing to the Buzzard’s height difference over the Harrier are the larger 19-inch wheels and the addition of roof rails. The Mahindra XUV500 is nearly as large as the two Tatas, even though it has the smallest wheelbase.

Tata has also confirmed that the Buzzard – which will sport a different nameplate when it launches in India before the end of the year – will come with a diesel engine. We had previously reported that this FCA-sourced 2.0-litre, four-cylinder diesel motor will make about 170hp, compared to the 140hp unit found under the bonnet of the Tata Harrier.