Kushaq is Skoda's first India-focused SUV; will be based on the heavily localised MQB A0 IN platform. 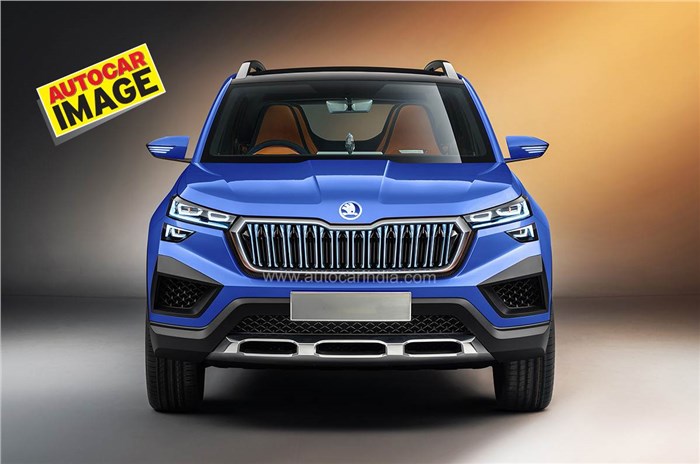 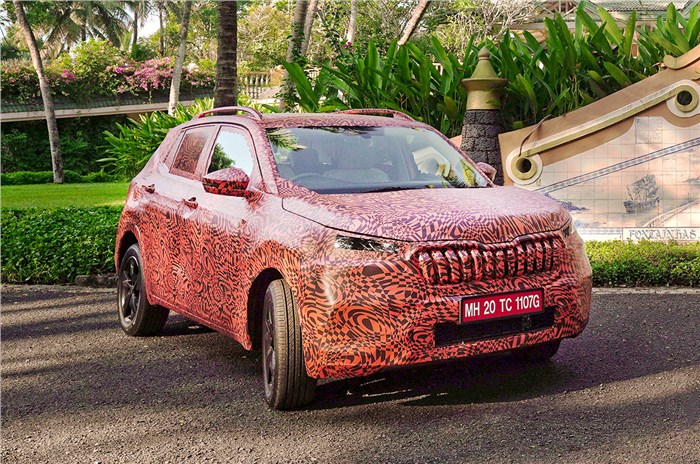 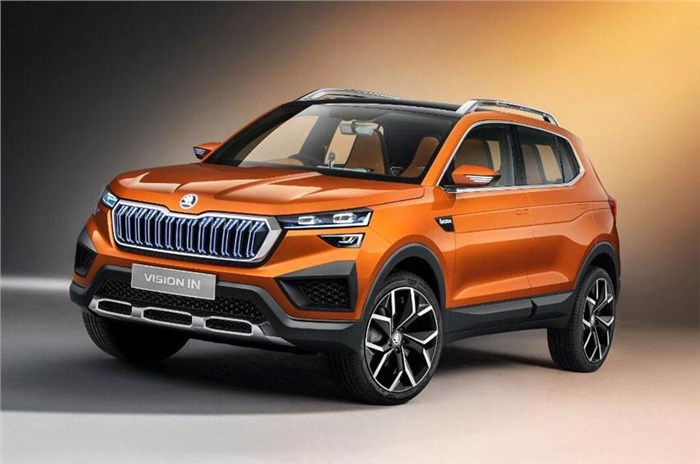 Skoda will finally take the wraps off its much-awaited Kushaq SUV on March 18, 2021. The Skoda Kushaq SUV will see a price announcement in India a little later. Here's what we know so far.

While the final version of the SUV is yet to be revealed, Skoda gave us a hit of the production-spec Kushaq's design last month when we were invited to take a close look at the SUV and also take it for a quick drive. What we can confirm is that the production-version of the Kushaq SUV will be more or less similar to the concept that was unveiled at the Auto Expo 2020 last year. The Skoda Kushaq for India will have a lot of styling cues borrowed from other Skoda SUV's like the Karoq, the Kodiaq and the Kamiq that is sold overseas. It will come with a trademark Skoda grille with split projector headlamps and an angular bumper flanked by large air intakes and a rugged-looking skid plate. The SUV will also come with body cladding all around and chunky alloy wheels that will add to its SUV stance.

The Skoda Kushaq will be based on the India-specific MQB A0 IN architecture, and will be similar in size to its mid-size SUV rivals. However, it will feature a longer 2,671mm wheelbase, which could definitely benefit the amount of interior space on offer.

On the inside, the SUV will come with a multi-element interior featuring a mix of chrome, brushed aluminum and dark plastic bits. A free-standing 12.3-inch infotainment screen was shown on the Vision In concept and we expect the same unit to make it to production as well. Just like its key rivals, the Kushaq will come with a five-seat cabin.

Production-spec Skoda Kushaq: What will it be powered by?

The Skoda Kushaq will come with two TSI turbo-petrol engines. The first is a 110hp, 1.0-litre, three-cylinder unit (also seen in the current Rapid) and the second is a 150hp, 1.5-litre, four-cylinder unit (which comes in the Karoq). Both engines will be offered with a 6-speed manual gearbox, though automatic gearbox options will vary – the 1.0-litre engine will get a 6-speed torque converter while the 1.5-litre unit will come with a 7-speed DSG.

According to Skoda, the mid-size SUV’s name has been derived from the Sanskrit word ‘Kushak’, which in English, translates to ‘King’ or “Emperor’. The Kushaq name is also very much in line with the brand’s SUV nomenclature – Kodiaq, Karoq and Kamiq (with 'K' at the start and 'Q' at the end).

Production-spec Skoda Kushaq: What will it rival in India?

The Kushaq will be entering in the fiercely competitive mid-size SUV segment, taking on the likes of the popular SUVs like the Hyundai Creta, Kia Seltos, Nissan Kicks, the recently updated MG Hector and the Tata Harrier. It will also see another rival in the form of the Volkswagen Taigun (based on the same platform as the Kushaq) which will hit the Indian market later this year.

Gurpratap Boparai talks about the upcoming Skoda Kushaq and more